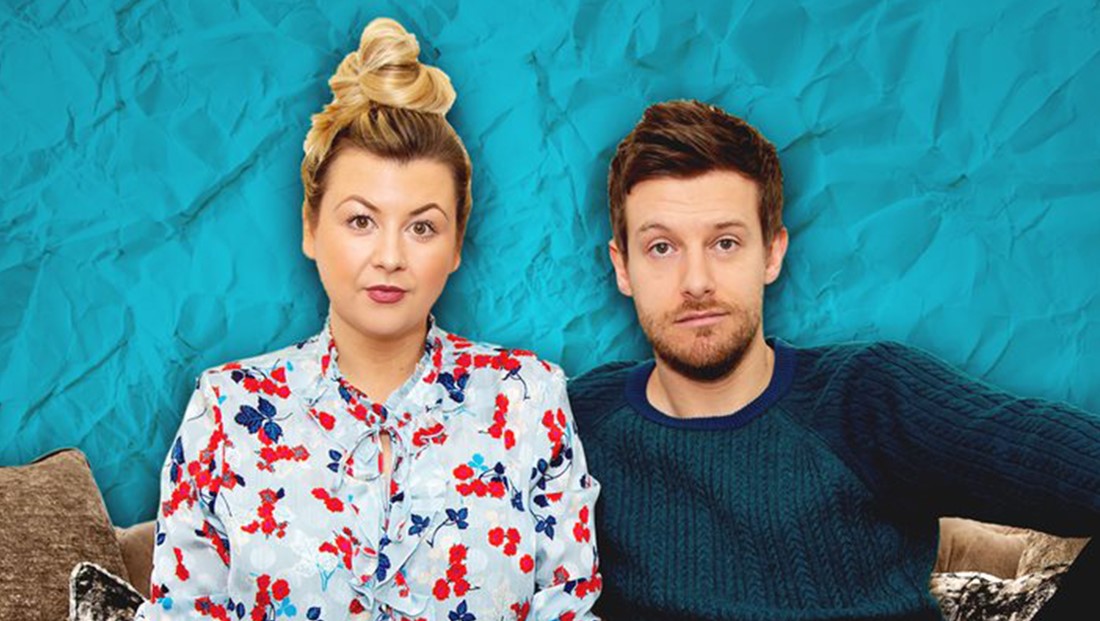 Despite the current lockdown, Chris and Rosie Ramsey’s award-winning hit podcast Sh**ged. Married. Annoyed. produced by Avalon, has continued to entertain its loyal fanbase and attract a growth of 700,000 listens week on week as it hits the staggering 25 million downloads mark, as well as consistently topping the charts since launching in February 2019.

Straight from their South Shields living room, it’s the only way Rosie and Chris Ramsey can have a conversation without being interrupted by a toddler or ending up staring at their phones.  They chat all about life, relationships, arguments, annoyances, parenting, growing up and everything in between.

Following the huge success of the podcast, they recently sold out their first ever live podcast tour dates within 60 minutes of going on sale, breaking the record for the world’s biggest ever live podcast audience by selling out their hometown date at Newcastle’s Utilita Arena, as well as adding an extra 25,000 tickets to meet overwhelming demand, and announcing a date at London’s iconic SSE Arena, Wembley for the autumn, which has also sold out.

And if that hasn’t kept them busy enough, Chris and Rosie have written their very first book together based on the podcast – Sh**ged. Married. Annoyed. by Chris and Rosie Ramsey, on shelves from September, which reached the top of the book charts in the Amazon best sellers for pre-orders, crashing the site due to overwhelming demand.

With more live tour dates in the pipeline plus a new merchandise range being developed, the future looks very bright for Chris and Rosie.

On reaching this milestone figure, Chris and Rosie said, “We are absolutely blown away that so many people are listening to and enjoying our podcasts whilst being simultaneously mortified that so many people are hearing the sometimes horrific things we say on the podcast… we didn’t think this would happen, but we’ve made our bed now, so we have to sleep in it.”

You can listen to Sh**ged. Married. Annoyed. on Acast, Apple, Spotify or wherever you get your podcasts. Visit www.shaggedmarriedannoyed.com for further info.

Within the last year, Chris has reached the semi-finals of BBC1’s Strictly Come Dancing, released a stand up special Approval Needed on Amazon Prime, and sold out his already extended brand new tour – Chris Ramsey 2020 including the Utilita Newcastle Arena.

Chris has also hosted The One Show (BBC1), Stand Up Central (Comedy Central) I’m a Celebrity: Extra Camp (ITV2) and Virtually Famous (E4), as well as performing on the Royal Variety Performance (ITV), Live at the Apollo (BBC1) and as a regular on Celebrity Juice (ITV2).  He also starred as Jack in two series of the critically-acclaimed sitcom Hebburn (BBC2), co-starring Vic Reeves and alongside Rosie on Married to a Celebrity and Parenting for Idiots (Channel 4).  Chris has over 1 million followers across Twitter and Instagram.

Rosie’s additional on screen credits include interviewing WWE Superstar John Cena and Hollywood actor Lesley Mann for The Chris Ramsey Show on Comedy Central.  She has also co-hosted the drive-time show on Capital Radio in the North East, MC’d and performed at a huge number of live events as well as sharing the stage and duetting with global pop megastar Ed Sheeran.  Most recently, Rosie has amassed an army of followers on Instagram due to her hilariously real and brutally honest depiction of her everyday life through her Instagram stories and VLogs.  She has also toured the UK and overseas in various theatre and musical productions throughout her career; singing, dancing and acting. She recently starred in a TV sitcom pilot for My Life Productions and on The Sara Cox Show (ITV).