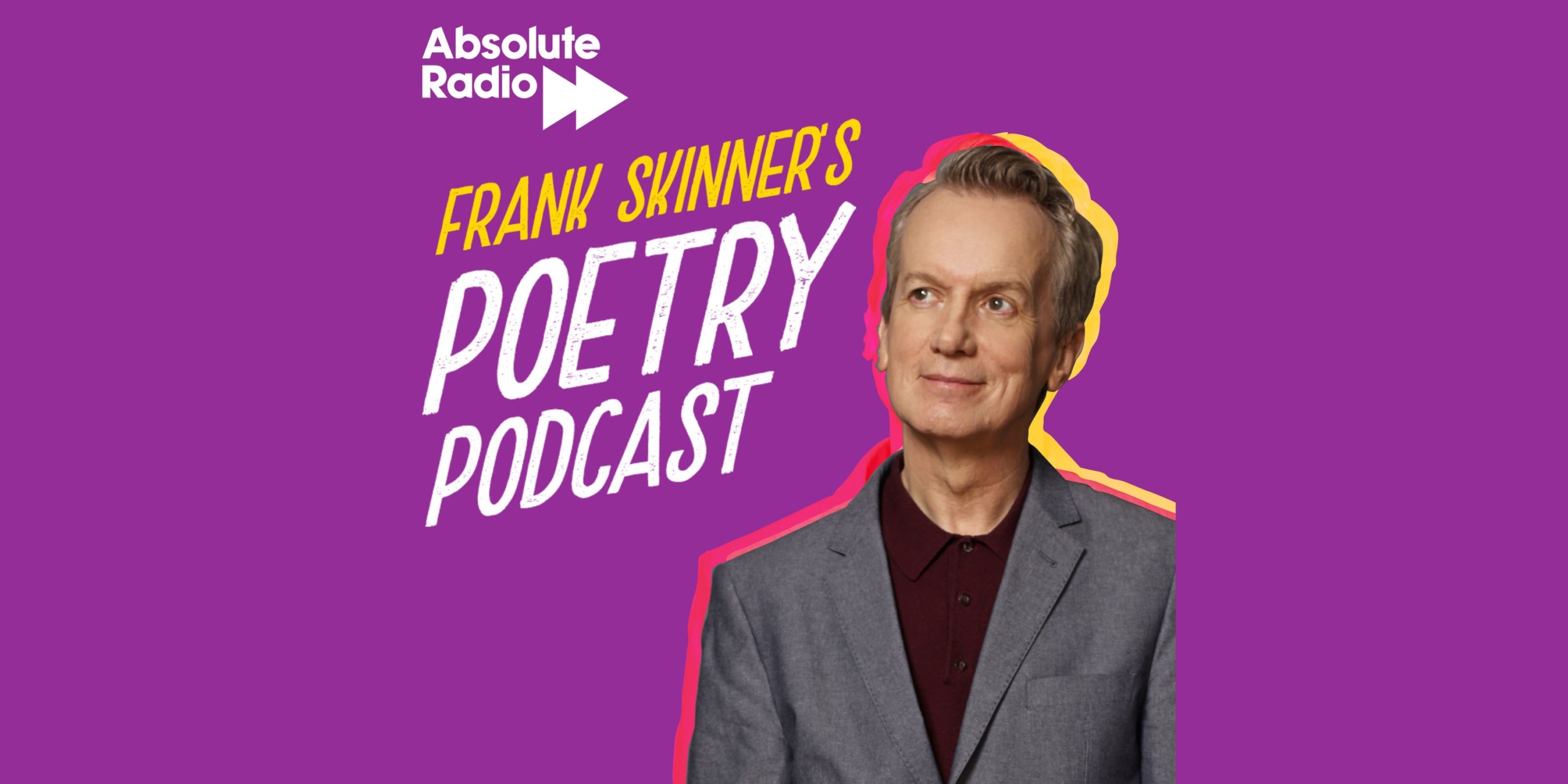 Comedian and Absolute Radio host, Frank Skinner has today unveiled the details of a brand-new original poetry podcast. Prepare to be swept away in some of Frank’s most loved literary landscapes, as he dives into an array of contemporary and classic works in ‘Frank Skinner’s Poetry Podcast’, launching April 20th.

Following the huge success of The Frank Skinner Show on Absolute Radio, this new audio series, produced by Avalon, brings the comic’s wry observations and relatable wit as he explores his favourite poetic pieces. Reading extracts and analysing works, Frank will share and dissect the best verses of familiar and lesser-known poets in weekly segments.

Speaking about the podcast Frank Skinner shared, “I plan to talk about poems the way I talk about football. I’m passionate about both and believe there is a real space for something that brings listeners on board a literary journey stepping stone to stepping stone, never stranded behind.

“I’ll be like that guy who sits at an adjoining table in the bar at Euston Station, leaning across to tell you something amazing before leaving to get his train. It will be direct, urgent, personal, funny and passionate with me holding the listener’s forearm until I’ve said my piece. I will be like the Coleridge’s Ancient Mariner, stopping the passing wedding guest, telling his arresting tale, of albatross slaughter and HR unrest, and then disappearing into the night.”

Today’s announcement follows the recent launch of ‘Love in the time of Corona’, a new podcast fronted by Absolute Radio’s Matt Dyson and The Motherload’s Kate Dyson. According to latest figures from a new Bauer Media research study, 45% of respondents said they listen to podcasts, with 7% sharing that they have been listening to podcasts more since the coronavirus outbreak.