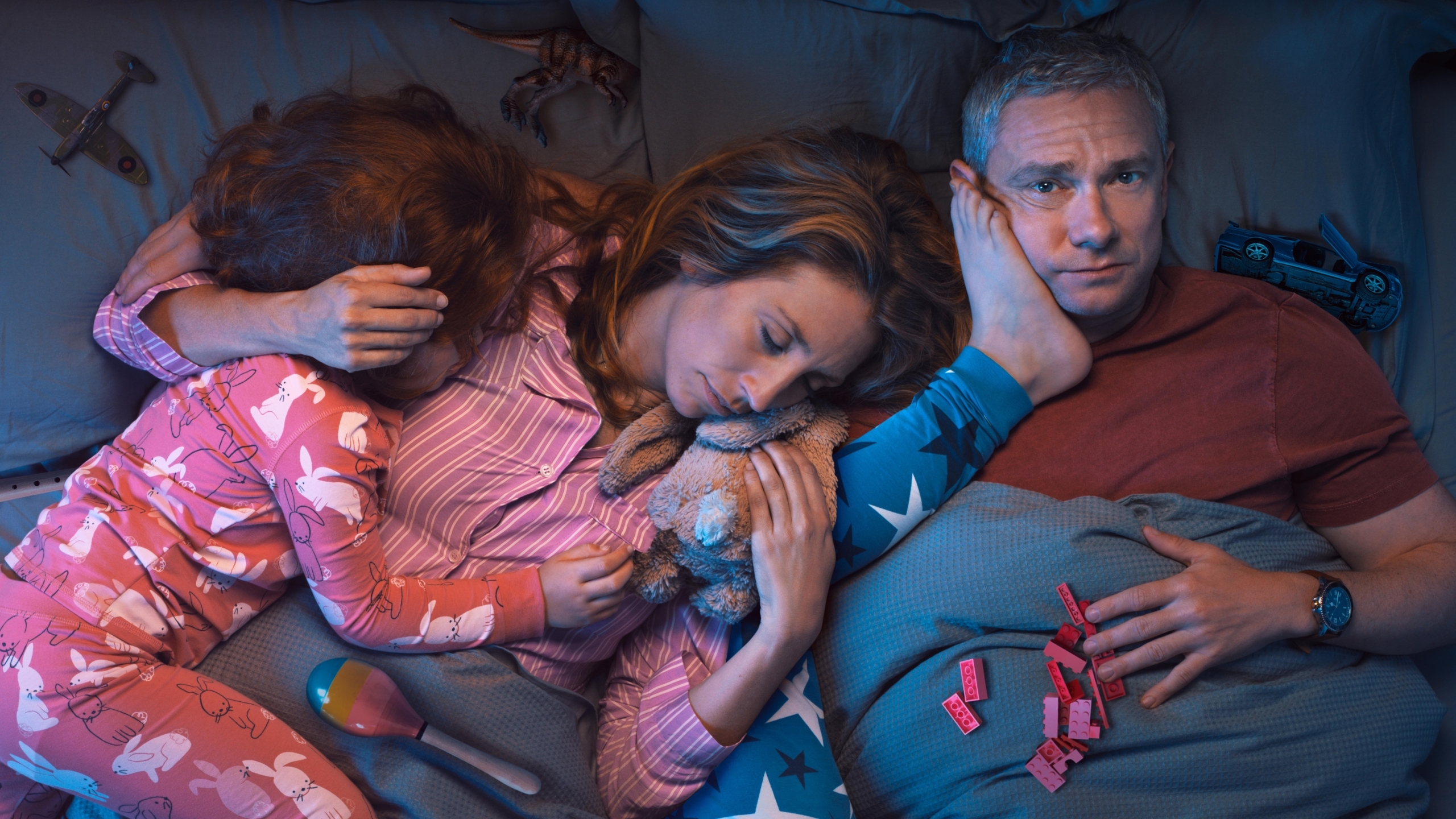 “9.5 on the buzz meter” Lesley Goldberg, The Hollywood Reporter (USA)

“terrific: dark, fresh, brutal, funny…Simon Blackwell and Chris Addison have managed the near-impossible by creating a parenting comedy that is not twee and makes the tired tropes of sleep deprivation and school-catchment obsession funny.” ★★★★ Carol Midgley, The Times (UK)

Breeders, a new FX and Sky Original comedy starring Martin Freeman (Fargo, Sherlock, Black Panther) and Daisy Haggard (Back To Life, Episodes, Black Mirror), explores the paradox that every parent knows but never admits: you would willingly die for your children, but quite often you also want to kill them. The 10 x 30 series airs on Mondays on FX at 10pm ET and is available for streaming on Hulu and Thursdays at 10pm on Sky One and is available for streaming on NOWTV.

For more information please contact: Victoria Wedderburn at Avalon on 0207 598 7222 or VWedderburn@avalonuk.com

Some things the press have said about Breeders in the USA

“Hilarious….Buckle up, parents, because we’re all about to take a ride on the parenting train into Relatable Town thanks to FX’s newest comedy, Breeders” Alessia Santoro, PopSugar

“Looks like the most honest show about parenting on TV…. If you’ve got kids, we have your new favorite show lined up and ready” Lindsay MacDonald, TVGuide.com

“the first two episodes made us laugh so much….it pulled no punches when it comes to the difficulties of being parents in this day and age…. Breeders’ stark reality of what it’s like to parent young kids these days hits us right in our exhausted funny bones” Joel Keller, Decider

Some things the press have said about Breeders in the UK

“For Breeders to deal with darker topics, including postnatal depression and what Blackwell calls “grief sex”, it adopts the knife-edge tone that defines the best modern TV comedy: able to nest real, wrenching drama into outlandish scenarios and vice versa, rather than offering viewers a predictable series of set-ups and positive punchlines” Tom Faber, The Financial Times

“crafted to perfection, Blackwell supplies a steady stream of laugh-out-loud lines and Freeman and Haggard immediately gel as a finely tuned double act playing off each other with exquisite timing” ★★★★ Mark Wareham, The Mail On Sunday

“a triumph” Euan Ferguson, The Observer