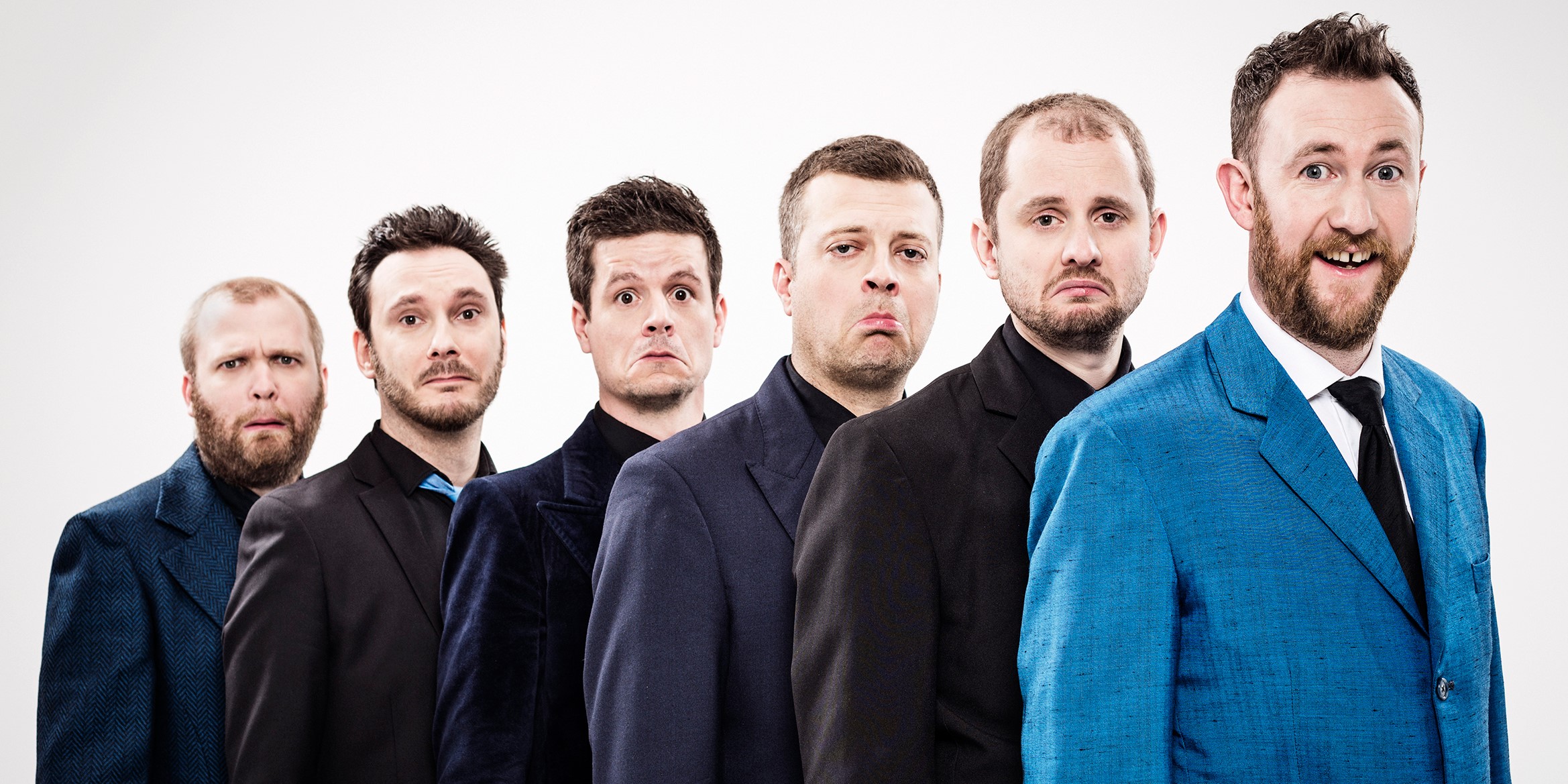 A final London show has been added to The Horne Section’s biggest tour to date as the six-headed comedy band prepare to take over Southbank’s Queen Elizabeth Hall with a one-off show on Monday 13th July to celebrate 10 years of creating musical mayhem. The news arrives as the mischievous melody makers continue to tour across the UK from 16th March to 15th July, after extending their biggest UK tour to date to meet overwhelming demand for tickets to their latest show That’s How I Like My Tour. Tickets are on sale can be found at thehornesection.com.

Unruly, ridiculous and surprisingly satisfying, The Horne Section are throwing a raucous party and everyone (who’s bought a ticket) is invited to the celebration of nonsense, suitable for all ages. Unearthing favourites from their legendary shows at the Edinburgh Festival Fringe, and re-visiting hits from their Dave special The Horne Section Television Programme and their BBC Radio 4 show Alex Horne Presents The Horne Section, the show is a retrospective jaunt through their classic toe-tapping tunes and stupid songs. Expect a medley of audience games, a carnival atmosphere, and 5 talented musicians being made to do silly things by bearded comedian, and creator & star of Taskmaster, Alex Horne.

The band’s TV credits include regular appearances in Dictionary Corner on 8 Out of 10 Cats Does Countdown (Channel 4), The Royal Variety Performance 2018 (ITV), Last Leg Christmas Special and Last Leg: The Last Leg of the Year (Channel 4), as well as the 2 hour special The Horne Section Television Programme on UKTV’s Dave. Filmed at the London Palladium in front of a sold-out live audience, the variety show featured guest appearances from Sue Perkins, Sara Pascoe, Joe Wilkinson, and Girls Aloud’s Nadine Coyle.

Away from the stage, their podcast The Horne Section Podcast, which is now in its fourth series, reached number one in the iTunes charts on the first day of its release, was highlighted as the Number 1 Comedy Podcast in Shortlists’ Best Comedy Podcast selection, and features a variety of guests including Greg Davies, Sir Chris Hoy, Kathrine Ryan, Nish Kumar, Richard Osman, and Roisin Conaty. The band have previously hosted three series of Alex Horne Presents The Horne Section on BBC Radio 4.

The band have performed to numerous sold-out audiences at the Edinburgh Festival Fringe and across the UK as well as at The Lyric Theatre – Shaftesbury Avenue, The Criterion Theatre and The Hackney Empire, Udderbelly Festival – Southbank, The Leicester Square Spiegletent, as well as Southbank Centre’s Queen Elizabeth Hall.

Acclaimed comedian Alex Horne is the unmusical band leader at the helm of The Horne Section. Alex is the creator and co-host of the Broadcast Award winning and International Emmy, BAFTA, Royal Television Society, & Broadcasting Press Guild nominated show Taskmaster which is set to return for its 10th series on Channel 4 in 2020. An international hit, the original Taskmaster programme and format combined has been sold into 106 countries including local versions of the show which have been produced for Comedy Central in the U.S. (starring Reggie Watts as the Taskmaster), VTM in Belgium, and TVE in Spain, TVNZ in New Zealand, MVT in Finland, and Discovery in Norway, a third series is in production with TV2 for Denmark, and a fourth series is in production for SVT in Sweden where it won Programme of the Year at the Kristallen 2019 (Sweden’s TV Academy Awards). Alex is an Edinburgh Fringe veteran taking nine solo shows to the festival and earning an Edinburgh Comedy Award nomination in 2014 following a Best Newcomer Award nomination in 2003.