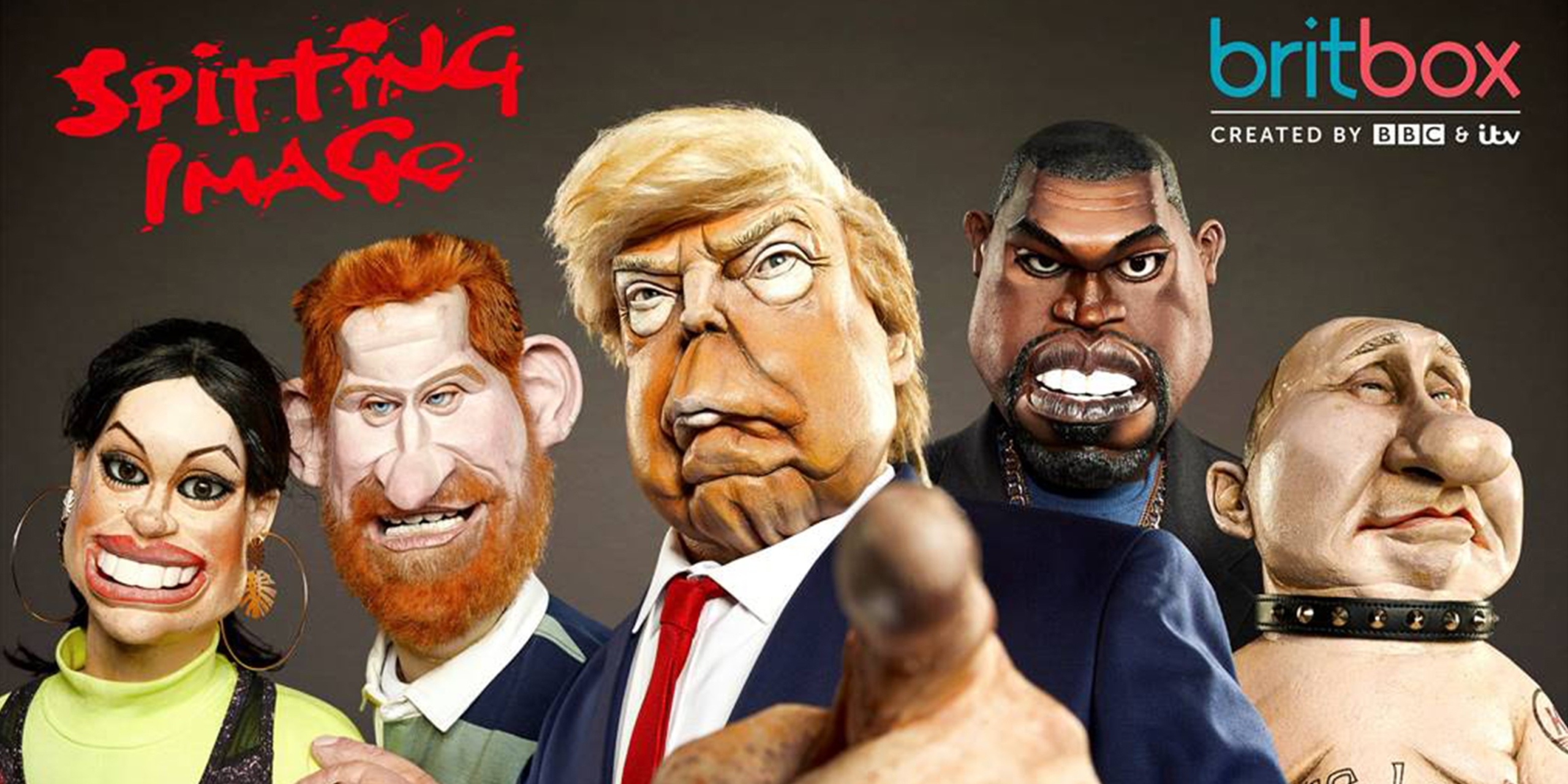 With the world getting smaller and more turbulent, the time couldn’t be more appropriate for an iconic British satirical take on global events.

Produced by Avalon (The Russell Howard Hour, Taskmaster, Catastrophe, Breeders, Last Week Tonight With John Oliver), development of the puppets is already underway with Dominic Cummings, James Corden, Donald Trump, RuPaul, Boris Johnson, Beyoncé, Elon Musk, Harry & Meghan, Bernie Sanders, Prince Andrew, Adele, and Vladimir Putin all falling under the show’s legendary gaze.  A next generation of satirical writers and voice artists are currently being assembled to drive a new wave of ‘public service satire’. In keeping with the 80s and 90s, some scripts will be written and new puppets made close to delivery to ensure each week’s episode is as topical as possible.

Reemah Sakaan, Group Director ITV SVOD and Chief Creative & Brand Officer BritBox said: “We cannot wait to bring back Spitting Image. BritBox is the natural home for the sharpest satirical wit and craft in the UK industry. The timing couldn’t be better to present a new series on a new service with a uniquely British point of view.”

Kevin Lygo, BritBox Originals Creative Chief and ITV’s Director of TV added: “We are thrilled that BritBox can provide the opportunity for British creativity to truly run wild, and we are looking forward to enticing new subscribers with the new series and service.”

Roger Law, Spitting Image co-creator and Executive Producer, said: “PUBLIC SERVICE SATIRE ANNOUNCEMENT.  I’ve refused to resuscitate Spitting Image for years but when my pension ran out and my palm was crossed with silver what could an old man do?   The new Spitting Image will be global through a uniquely British eye, it will be more outrageous, audacious and salacious than the previous incarnation. With scandalous scripts and A-List characters, it will be the people’s programme!  When Dominic Cummings finally gets the boot, Spitting Image will give him a job. We’ve always employed weirdos and are sure Dom will be a great asset, he seems to hate politicians as much as we do.  We will take back control from the likes of BoJo, Trump, Harry & Meghan, Elon Musk, and Kim Kardashian. We will be dazzled and amazed by Jurgen Klopp & Beyonce, we will have regular weather updates from our roving reporter Greta Thunberg. The timing is right, the puppets are ready, the people have spoken. And the message for the doomsayers and gloomsters is, this autumn we will get BritBox done!”

Jon Thoday, Executive Producer at Avalon, said “With the world becoming an ever smaller place I am delighted BritBox have the ambition to keep the UK at the centre of international satire.”

BritBox subscribers will be able to enjoy Spitting Image exclusively on the service from Autumn 2020, and a second series will follow in 2021. Further announcements on the show will be made in due course.

About BritBox
BritBox is a digital video subscription service created by the BBC and ITV. The service brings the very best in past, present and future British programming and award-winning content to viewers all in one place for £5.99 per month in HD. British TV boxsets from All 4 and British films from Film 4 will launch on the service in 2020. The service includes high quality factual and entertainment content from Channel 5 plus original British comedies from Comedy Central UK. BritBox features the biggest collection of British content available on any streaming service, and brand new commissions for British production companies specifically created for BritBox. BritBox also offers expert curation and playlists that will enable viewers to easily find programmes they know and discover new favourites via web, mobile, tablet, connected TVs and streaming devices including Fire TV, Apple TV & Chromecast.