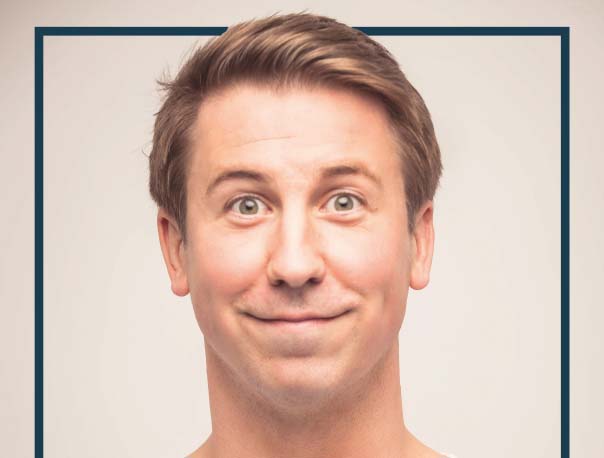 As seen on Comedy Central’s Stand Up Central and The Chris Ramsey show, stand-up comedian Carl Hutchinson (“One to watch” Chortle 2019) has today announced that he is sharing the love with fans this Valentine’s Day by gifting a free online release of his 2018/2019 tour I Know I Shouldn’t Behave Like This.

Geordie storyteller Carl Hutchinson recorded his critically acclaimed (‘Effortlessly hilarious’ Three Weeks) show in front of a home crowd at Newcastle’s 1100-seater venue Tyne Theatre & Opera House, which sold out 3 months in advance. Carl uses his trademark high-energy delivery and hugely engaging manner to discuss some not so serious events in his life; buying a house for the first time, his mother and father replacing him with a dog and trying to heat up food in a hotel room.

Fans can now view the man Chortle named among their list of ‘Hardest working comedians’ Carl Hutchison’s February freebie available on YouTube via this link: https://youtu.be/xUP3UNoceDo

Carl says, “I was unbelievably chuffed to record the show in front of a sold-out home crowd and I’m really pleased to present it online for all to see. It’s Valentine’s Day so what could be a more appropriate gift for my fans than some free laughs? Stay in, get drunk in your comfy clothes and order a takeaway! That’s what I’d like. The food and drink, obviously, not watching myself on the telly, that would be weird. Whatever way you choose to watch, I hope you enjoy it.”

Over the past two years, Carl has appeared on Stand Up Central and The Chris Ramsey Show (Comedy Central). He has also just started a brand new show for 2020/2021 simply titled Carl Hutchinson Live! which will be Carl’s biggest 4th consecutive UK tour.

Hutchinson previously reached the final of So You Think You’re Funny? He was also nominated for the Leicester Mercury Comedian of the Year Award. Carl’s debut Edinburgh Festival Fringe solo show Acceptable? made the Top 10 shows of the Amused Moose Laughter Awards.

“Expect killer gags, highly entertaining stories and the trademark twisted logic that has made Carl a must-see fixture in the comedy world, it’s fair to say that ‘Hutchinson has it all” Broadway Baby

“An absolute must… the next big thing” The Skinny

“Hutchinson’s trump card is the way he interacts with the audience, rolling with every ‘ooh’ and ‘aah’ his material generated, giving a dynamism and spontaneity to his performance” Chortle