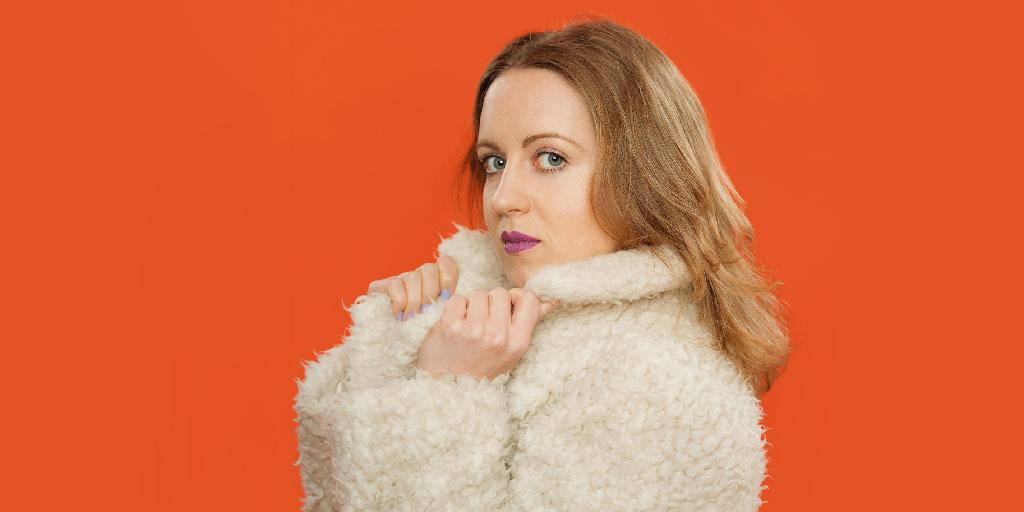 Dark and charmingly offbeat, Annie tackles issues of male toxicity, consent and sheep herding. Expect dry jokes, silly anecdotes and some potentially serious underlying themes from a young(ish) comedian, cynical beyond her years. The show is “Packed with gags – as relatable as it is funny” Chortle.

Annie is renowned for straddling the worlds of art and comedy, and Shepherd features an original painting of hers. Host of successful new podcast, Secret Artists, Annie also curated a recent exhibition of art by comedians, Art is the Best Medicine, which raised over £3,500 for Mental Health UK and was featured in various national newspapers including The Guardian, Financial Times, i news and London Evening Standard. Annie’s artwork sold and was on offer alongside the likes of Vic Reeves, Harry Hill, Josie Long, Jenny Eclair, Jessica Hynes, Joe Lycett, Alex Horne and Tim Key.

Annie was selected to be part of a line-up of alternative stand-up and character comedians on Channel 4’s recent Sparks series. She has also appeared in a number of comedy sketches for the Sparks strand, as well as co-writing and starring in Channel 4’s Girls Go Trolling. Annie makes regular online content with independent producers Turtle Canyon Comedy; her web-series Baby Shower led her to become a finalist in the most recent Funny Women Awards. She is an avid football fan and has acted in sketches for Sky Sports’ Soccer AM and BBC3.

Aside from comedy, Annie is a talented actor and appeared alongside Gemma Whelan in The Blue Door, an award-winning horror film which was nominated for a BAFTA for Best British Short Film (2019).

Annie has performed at clubs and theatres nationwide, as well as festivals including Latitude, Green Man, Cornbury., Machynlleth and Aberystwyth Comedy Festival. Her stand-up has featured on Audible, BBC Radio Wales and BBC Radio 4 Extra and her writing has featured on BBC Radio 4’s Newsjack.

Her comedy career began at university where she was part of sketch comedy group, The Leeds Tealights (alumni include Edinburgh Comedy Award nominees, Goodbear). She went on to form one double-act Twins with Jack Barry (“Two razor-sharp comedy minds” EdFringe Review), who performed sell out runs at the Edinburgh Fringe and were part of ITV2’s show @elevenish.

“The audience is at her mercy with every line she speaks… Safe, hilarious hands”
★★★★ EdFringe Review

“Stole the show… Beautiful timing and spot-on delivery”
★★★★ The Tab

“A real master of deadpan… delightfully dry” The Skinny