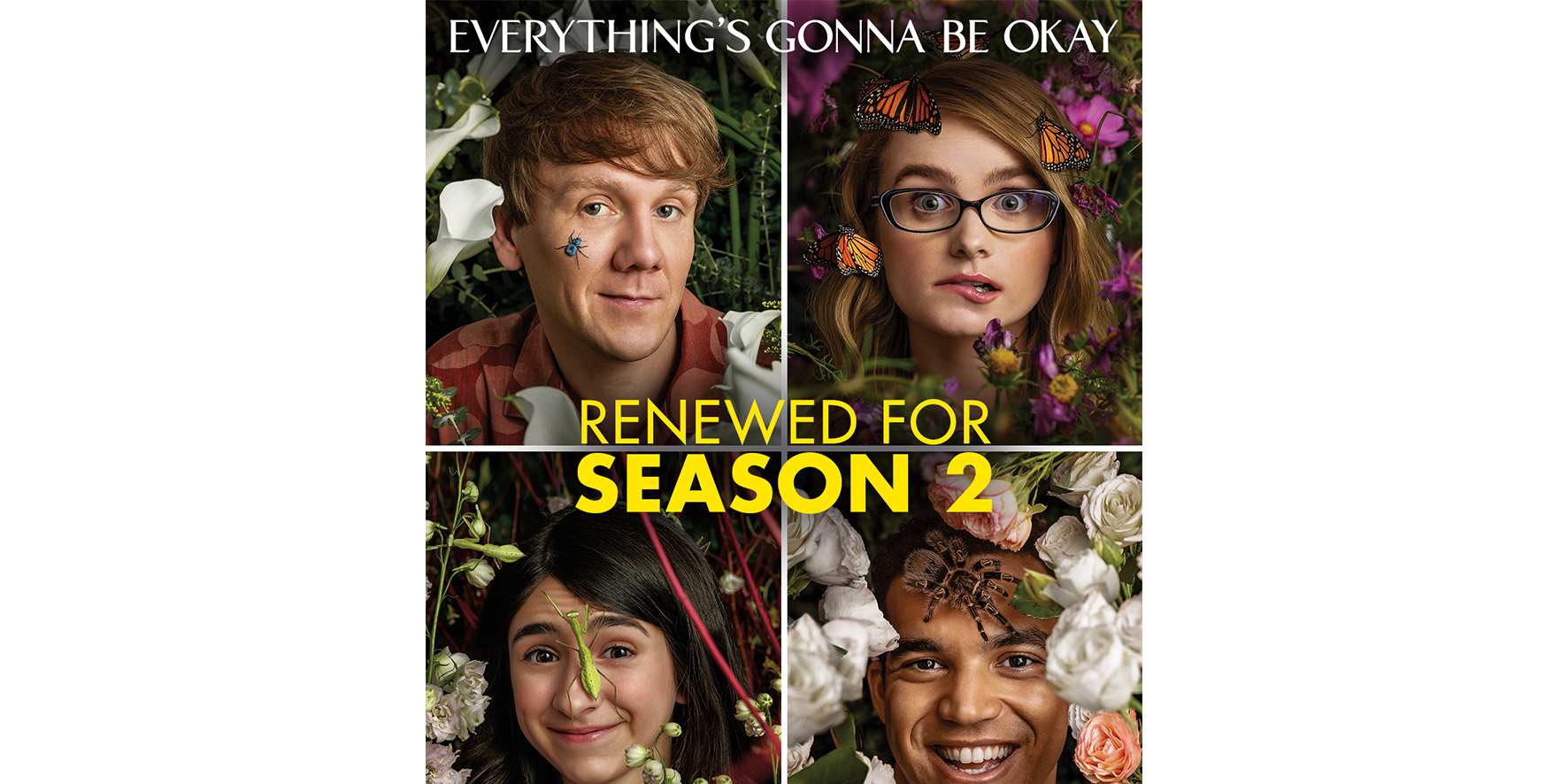 “…excellent, warm-hearted… Nicholas probably shouldn’t be taking care of his siblings. But he is, and the result is a terrific addition to the new year in TV.”
★★★★ Alan Sepinwall, Rolling Stone

(LOS ANGELES – 19 MAY 2020) Freeform has picked up critically acclaimed comedy “Everything’s Gonna Be Okay” for a second season. The series, which is created, executive produced and stars Josh Thomas, follows Nicholas, a neurotic twenty-something-year-old who is forced to raise his two teenage half-sisters, one of whom is on the autism spectrum, after the untimely death of their father. The series stars Josh Thomas, Kayla Cromer, Adam Faison and Maeve Press and is produced and distributed internationally by Avalon. Thomas, Stephanie Swedlove and Kevin Whyte serve as executive producers, with David Martin, Jon Thoday, and Richard Allen-Turner executive producing for Avalon. Additionally, “Please Like Me” collaborator Thomas Ward reunites with Thomas as co-executive producer.

“This is great news, not just because it means I have a group of writers that have to hang out on my screen with me all day and I don’t have to be alone anymore getting weird,” said creator, executive producer and star Josh Thomas, “but because I love this show and I love these characters and I love our cast and crew and making another season is just going to be so nice.”

What the press said

“They might not have their father, but they do have each other, and watching them express their absolute loyalty to each other in ways that ring true and tender is a real joy.”
Caroline Framke, Variety

“The latest from Josh Thomas is a charming variation on the orphans-raising-one-another scenario.”
James Ponieowozik, New York Times

“Everything’s Gonna Be Okay is delightful. It’s uncomfortably honest at times. And if you’re easily moved to tears it has a few of those TV moments that kind of break you.”
Michael Idato, Sydney Morning Herald

“honest, charming, and so much fun.”
Alamin Yohannes, Entertainment Weekly

“This updated execution results in a deeply funny comedy teeming with heart, wit, and a refreshing level of humanity…Messy and enchanting, the series ultimately follows three wayward souls figuring out life together, and it’s hard not to want to grow alongside them.”
Shannon Miller, AV Club

“Watching “Everything’s Gonna Be Okay” is like slipping into a warm bath, being wrapped in a loving hug or listening to a reassuring talk…what has premiered so far is pretty damn exquisite. If the series can maintain this momentum, it could become the next big thing in American pop culture, and deservedly so.”
Matthew Rozsa, Salon

“Everything Is Gonna Be Okay has three fascinating leads and a multi-layered approach to showing how its characters will find themselves as the first season goes on.”
Joel Keller, Decider

“It’s not just the performances that give “Everything’s Gonna Be Okay” a lived-in feel. There’s also a careful attention to small details that show how the series hasn’t forgotten what’s come before.”
Steve Greene, Indiewire

“It’s glorious and good for the soul.”
Kristy Puchko, PAJIBA

Freeform connects to audiences with bold original programming and immersive social engagement that moves the cultural conversation a little forward. As Walt Disney Television’s young adult television network, Freeform channels the force and momentum of its audience in its quest for progress with authentic, groundbreaking original series such as “grown-ish,” “The Bold Type,” “Good Trouble,” “Siren,” “Motherland: Fort Salem” and “Everything’s Gonna Be Okay.” The network also programs tentpole events such as “31 Nights of Halloween,” “Kick Off to Christmas” and “25 Days of Christmas.”