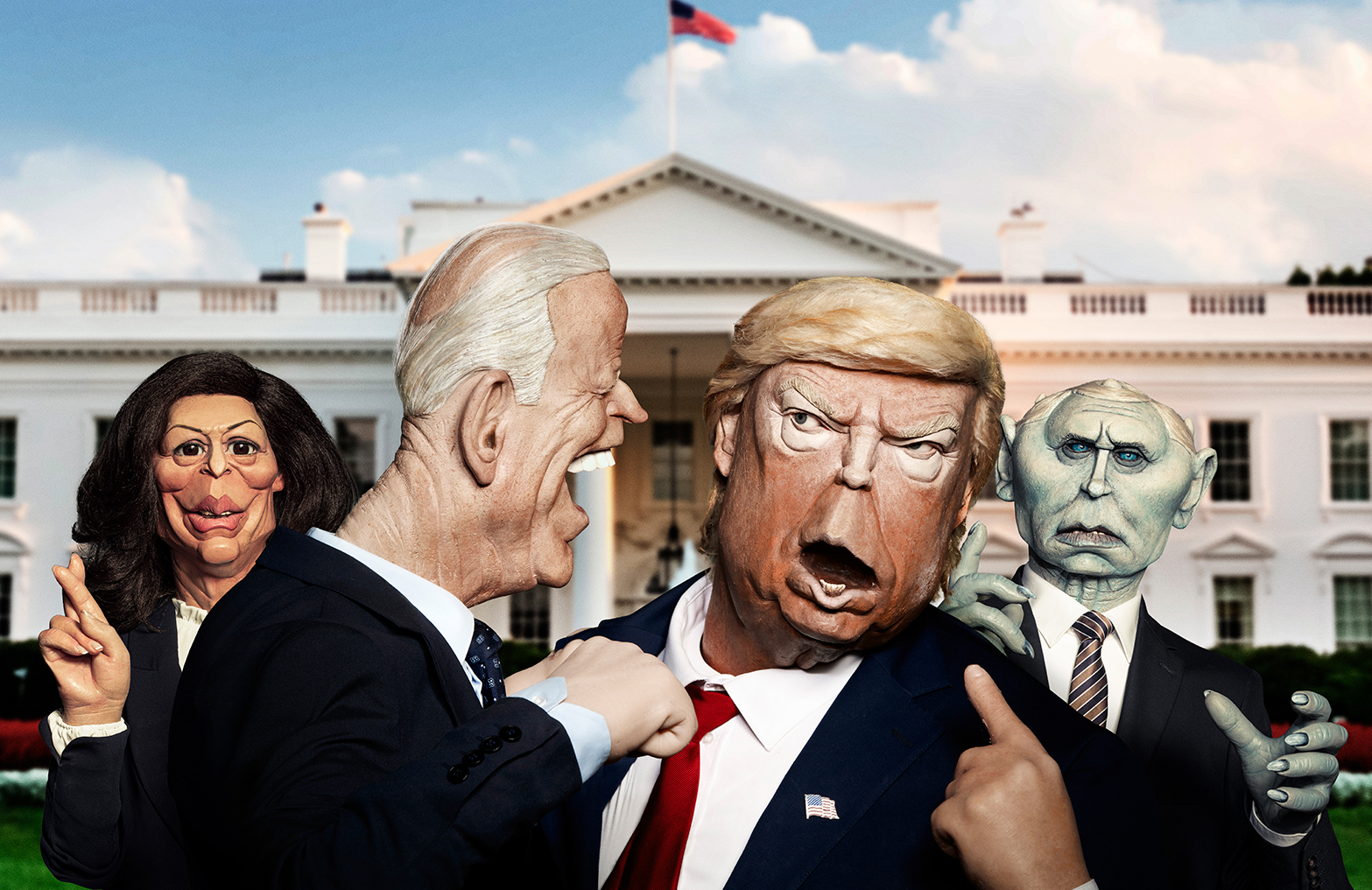 BOTH PARTS AVAILABLE EXCLUSIVELY ON BRITBOX FROM SATURDAY MORNING 31 OCTOBER

“TV GOLD: The Boris sat-nav sketch and Keir Starmer’s Shadow Cabinet/donkey sanctuary eeh-awing down the phone to him”
Ally Ross, The Sun

“lost none of its savagery or willingness to shock… there are, blessedly, nine more weeks of this to come.”
★★★★ Mark Lawson, The Guardian

“Throughout, the puppets and the impressions are pleasures in themselves… this opening salvo suggests that Spitting Image still has some fire lurking in its belly.”
★★★★ Dominic Maxwell, The Times

London – 21 October – It was announced today that the uncompromising, fast-turnaround and uniquely British satirical take on global events, Spitting Image will have two specials to cover all the key moments and circus around the 2020 US Election.

As well as a hit on BritBox, global social media stats by episode two have seen Spitting Image official content reach over 85 million people, with over 20 million views of content across official social media channels and three No. 1 trending video’s on YouTube.

Reemah Sakaan, Group Director ITV SVOD and Chief Creative & Brand Officer BritBox said: “’We’ve been excited about the timing of the US election for this series of Spitting Image for months… and it certainly doesn’t seem to be letting us down in terms of material for satire, so we commissioned a bonus episode that we are excited to share with both ITV and BritBox audiences.”

Kevin Lygo, BritBox Originals Creative Chief and ITV’s Director of TV added: “This is a great chance to celebrate Spitting Image’s noisy return after 18 years and give ITV viewers a taste of the full series, available on BritBox.”

Jon Thoday, Executive Producer at Avalon, said: “We are excited to mark the USA election with a double special with ITV and BritBox.”

Roger Law added: “Spitting Image returns to ITV for a one-off special on the 31 October at 10pm. Halloween. How very appropriate.”

Spitting Image is BritBox‘s debut original and available with a free trial to all new subscribers at www.BritBox.co.uk

What the press said about episodes one and two continued…

“the use of on-screen tweets an effective way of keeping things as last-minute as possible. If that kind of ingenuity, along with the signature grotesque caricatures its talented puppetry department keep producing, can be maintained, there’s a chance this update could be as effective – or at least as offensive – as it was several decades ago.”
Ivan Radford, VODzilla

“its targets are once again gleaned from far and wide across the social spectrum… having merciless fun poked straight into them…  the buffoonery and entitlement of Trump and Johnson ceaselessly demolished. And fair play to the producers who probably thought this opening episode was firmly in the can by Thursday night, only for a new Covid statistic to send the world into a tailspin by Friday morning. So, there was just time for a cheeky quarantine gag about Melania and her husband’s tweeting colon to be squeezed in.”
Brian Donaldson, The List