TASKMASTER SNAPPED UP BY CHANNEL 4 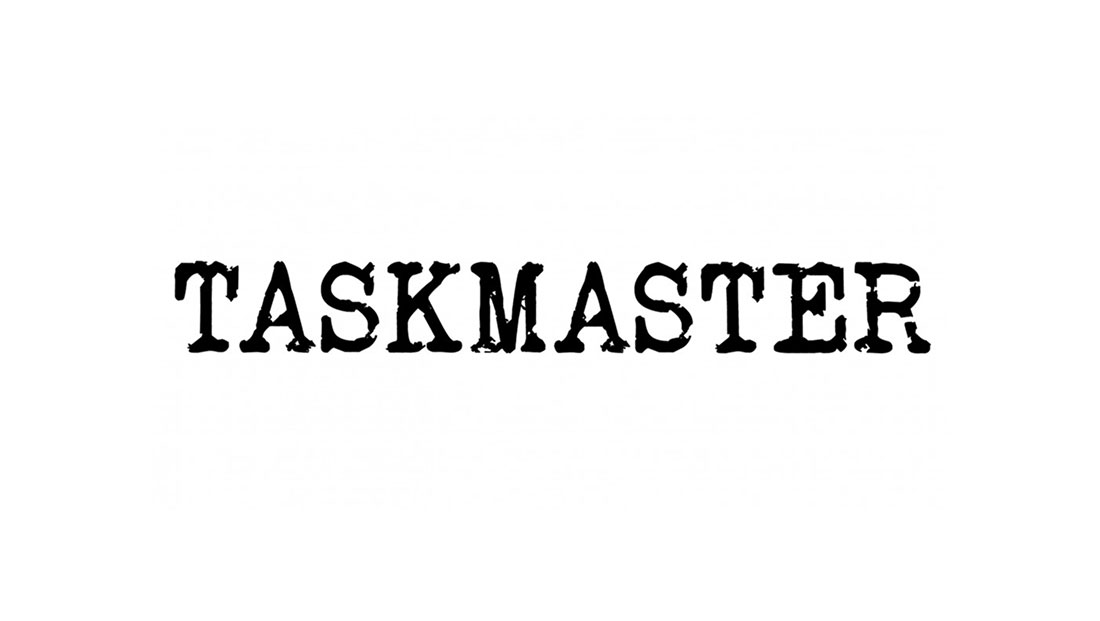 London – 22nd November 2019 – It was announced today that Channel 4 will be the new home of BAFTA and Emmy Award nominated Taskmaster, with a six series deal across three years agreed with Avalon.  New episodes will arrive on Channel 4 from late 2020.

The hugely entertaining irreverent show hosted by Greg Davies as the all-powerful “Taskmaster”, alongside Alex Horne as his loyal assistant, sets out to test the wiles, wit and wisdom of five hyper competitive comedians through a series of strange and surreal challenges.  It started as a live show at the Edinburgh Festival Fringe before being developed for television, initially with Channel 4.  It was later commissioned by UKTV for Dave where it has aired for nine very successful series.

Alex Horne, the show’s creator, said: “We’ve had an amazing nine series on Dave and I’d like to thank UKTV for letting us do such ridiculous things for so long. Greg and I are looking forward to getting started on a new series for Channel 4 from next year.  It seems like the right time to move to a channel with a broader audience and I can reassure people who like the show that it won’t be changing one bit and I’ll still be forced to do things no one should ever have to do.”

The Taskmaster, Greg Davies said: “For the first time in our working relationship I agree with little Alex Horne.  The nine series on UKTV have been a joy and I would echo his thanks to all involved.  I do take issue with the notion that the show will remain exactly the same however as I have made it my personal mission to break his spirit.  I will remain even handed with contestants of course, but it really is going to get unpleasant for him.  Peace.”

Ian Katz, Channel 4 Director of Programmes said: “Taskmaster is anarchic, original and a brilliant springboard for new comic talent. It’s everything we look for in a Channel 4 show and like millions of others I’m a massive fan so I’m delighted it will soon be taking its place in our unrivalled slate of scripted and studio comedy.”

Karl Warner, Controller of E4 said: “Not only is Taskmaster one of the best formats on TV, it’s also one of the best launch pads for new talent.  I’m thrilled we’re getting to build on its success across Channel 4 and E4 and can’t wait to start working with Alex, Greg and the team at Avalon.”

Jon Thoday added: “We are delighted Taskmaster will have a new home at Channel 4.  I would like to thank Steve North, Richard Watsham and Hilary Rosen at UKTV as well as all the other people who have helped make the show such a success.”

Produced by Avalon, Executive Producers for the series are Alex Horne, Richard Allen-Turner, Rob Aslett, James Taylor, Jon Thoday and Andy Devonshire (The Apprentice and The Great British Bake Off), who also acts as Series Director, while Andy Cartwright will also continue as Series Producer.

New episodes of Taskmaster will be broadcast on Channel 4 and repeated on E4 from late 2020.

Taskmaster was crowned Best Entertainment Programme at the Broadcast Awards 2018 (this week it was again nominated in the same category for 2020 alongside Love Island, Strictly Come Dancing and I’m A Celebrity…Get Me Out of Here!).  The series has been nominated for an International Emmy for Best Non-Scripted Entertainment, two BAFTA Awards for Best Comedy Entertainment Programme, an RTS Award, four consecutive Broadcasting Press Guild Awards and received double nominations at both the Broadcast Awards and Broadcast Digital Awards earlier this year.

The original Taskmaster programme and format combined has been sold into 106 countries including local versions of the show which have been produced for Comedy Central in the U.S. (starring Reggie Watts as the Taskmaster), VTM in Belgium, and TVE in Spain, TVNZ in New Zealand, MVT in Finland, and Discovery in Norway, a third series is in production with TV2 for Denmark, and a fourth series is in production for SVT in Sweden where it won Programme of the Year at the Kristallen 2019 (Sweden’s TV Academy Awards).