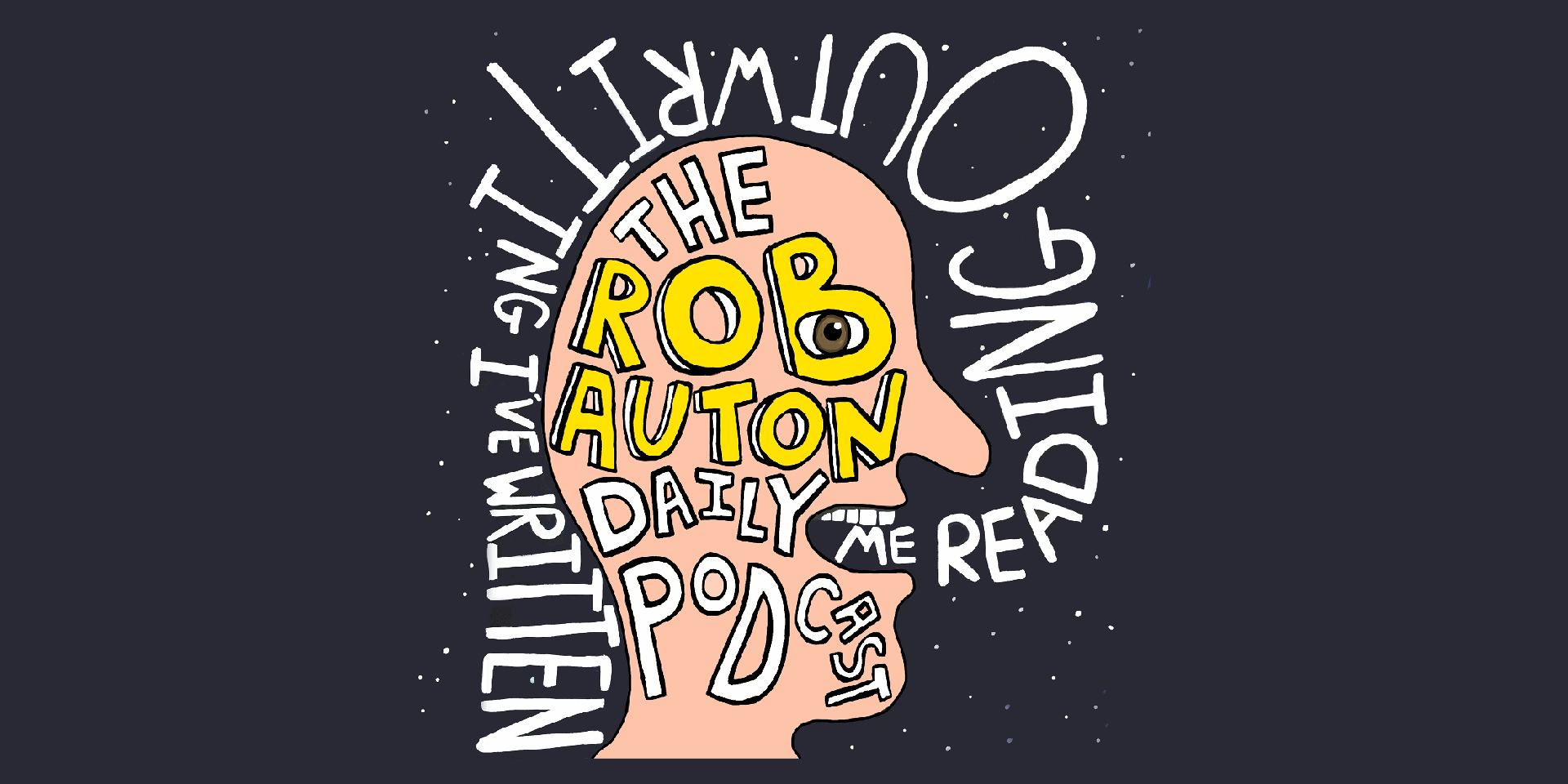 “makes laughter out of wonder” ★★★★ Claire Smith, The Scotsman

“He romantically seeks wonder and amazement in the everyday” ★★★★ Steve Bennett, Chortle

17th December – Award winning comedian and poet Rob Auton (The End of the F***ing World, Stand-Up Central With Rob Delaney, The Russell Howard Hour) launches The Rob Auton Daily Podcast on the 1st January 2020. Episodes from the podcast produced by Ben Williams for Plosive Productions (Off Menu with Ed Gamble and James Acaster, Audible Live), will be released for 366 consecutive days of the leap year.

Rob Auton said: “I will be reading out writing I’ve written that I like enough to want to share with people who are not me. Words that could be associated with the podcast are: short, stories, comedy, literature, poetry, Yorkshire, accent. On average an episode will last for three minutes.”

Following a critically-acclaimed and sold-out run including extra shows at the Edinburgh Festival Fringe, Rob will also embark on his biggest tour to date in 2020. From 1st February to the 16th May, Rob will play comedy/theatre/spoken word show, The Time Show, over 68-dates at theatres nationwide, including a two week run at the Soho Theatre from 4th to 16th May, and internationally with an Australian debut at the Melbourne International Comedy Festival from 25th March to 19th April (on-sale soon).

Rob has built a cult Fringe following for his shows exploring the colour yellow, the sky, faces, water, sleep, hair and talking, which was the second best reviewed 2018 Edinburgh Fringe show. He was most recently on our screens in The End of the F***ing World (Ch4/Netflix), adding to broadcast credits including The Russell Howard Hour (Sky One), Stand-Up Central With Rob Delaney (Comedy Central), Cold Feet (ITV), Random Acts (Ch4), The Sara Cox Show (BBC Radio 2), The Jonathan Ross Show (BBC Radio 2) and Afternoon Edition (BBC Radio 5 Live).

Rob has published three collections of writing and drawing, Take Hair, Petrol Honey and In Heaven The Onions Make You Laugh, with Burning Eye Books and released a spoken word album At Home With Rob on Scroobius Pip’s record label Speech Development Records. In 2013, Rob won the Dave Funniest Joke of The Fringe award with a gag about Chinese Wispas.

“a tender and twinkling hour” Brian Logan, The Guardian

For more information and press tickets, please contact: Victoria Wedderburn at vwedderburn@avalonuk.com  or / 0207 598 7222