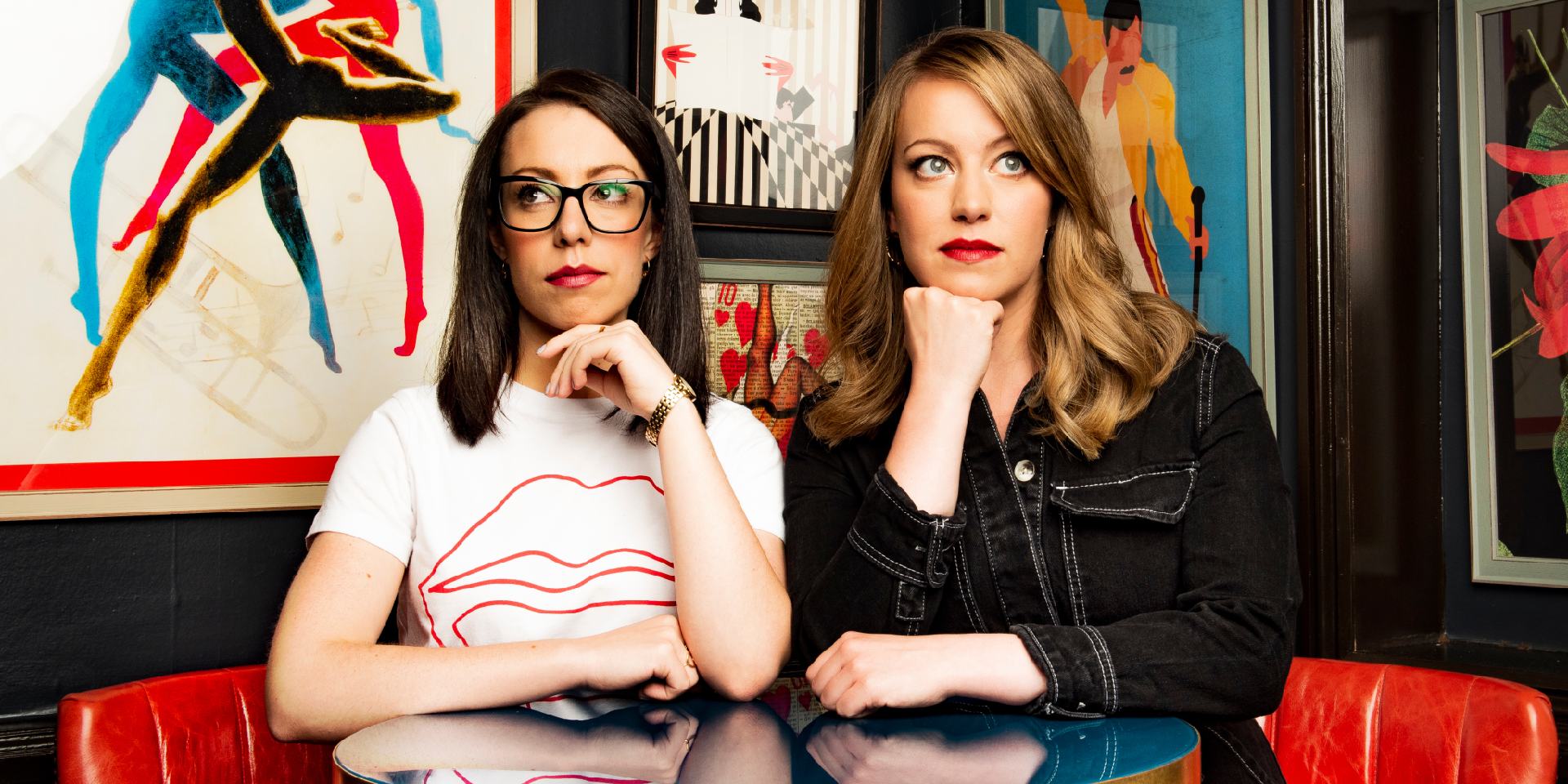 “one of the best hours you’re likely to see at this year’s Fringe” ★★★★★ Ross Crae, Sunday Post

“Before the Screaming Starts is their most sophisticated show yet. Not only are the songs as strong as ever, surreal jokes are oh-so casually interwoven throughout the show…the perfect blend of caustic wit and sheer nonsense” ★★★★ The List

It was announced today, that amidst their biggest UK tour yet and the recent release of their first comedy special on Amazon Prime Video, musical comedy duo Flo & Joan will bring their latest show Before the Screaming Starts to Soho Theatre from Monday 13th January to Saturday 18th January at 8.45pm.

This will follow Flo & Joan’s appearances on the Royal Variety Performance (ITV) and Live at the Apollo (BBC Two) this December and comes after a sell-out run at the 2019 Edinburgh Festival Fringe, a performance at this year’s Just For Laughs Festival in Montreal at The Hasan Minhaj Gala and as part of the prestigious Brit(ish) lineup, as well as a hugely successful run at the 2019 Melbourne International Comedy Festival. They will be touring internationally at the 2020 Melbourne International Comedy Festival, 2020 Sydney Comedy Festival and the Bread & Circus World Buskers Festival 2020 in New Zealand.

In January, the suspiciously unsimilar sisters Flo & Joan – whose songs have racked up over 50 million views online – watched the Bros documentary. Through the tension and arguments of estranged siblings Matt and Luke Goss, Flo & Joan glimpsed a possible future waiting for them; a lot of dog portraits, male pattern baldness and the occasional argument over the use of pyrotechnics. Despite this ominous foreshadowing, they are doing their best to ignore the warning signs with more waggish songs to parade about the place in their brand new show Before the Screaming Starts.

Nicola and Rosie’s television and radio credits also include Rob Delaney’s Stand Up Central (Comedy Central), The Now Show (BBC Radio 4) and Fresh from the Fringe (BBC Radio 4), writing and performing two songs for Horrible Histories (CBBC) and they have also had an enormous viral hit online with their 2016 Song which was subsequently featured on websites including Comedy Central (where it was video of the day worldwide), A.V. Club, Glamour and Stylist.

Elsewhere the pair wrote and starred in a series of adverts for Nationwide Building Society, with their video Sisters being rated YouTube’s most popular advert in January 2018. In 2016, 2017 and 2019 they were part of the Best of the Fest selections at Toronto and Montreal Sketchfests, also winning the Now Audience Choice Award in Toronto and their Canadian TV credits include CBC’s flagship comedy show This Hour Has 22 Minutes and a series of videos for CBC Online.

“an hour of very funny and clever musical comedy that had the total sell-out crowd in stiches and wanting way, way more.” ★★★★★ One4Review

FLO & JOAN – BEFORE THE SCREAMING STARTS