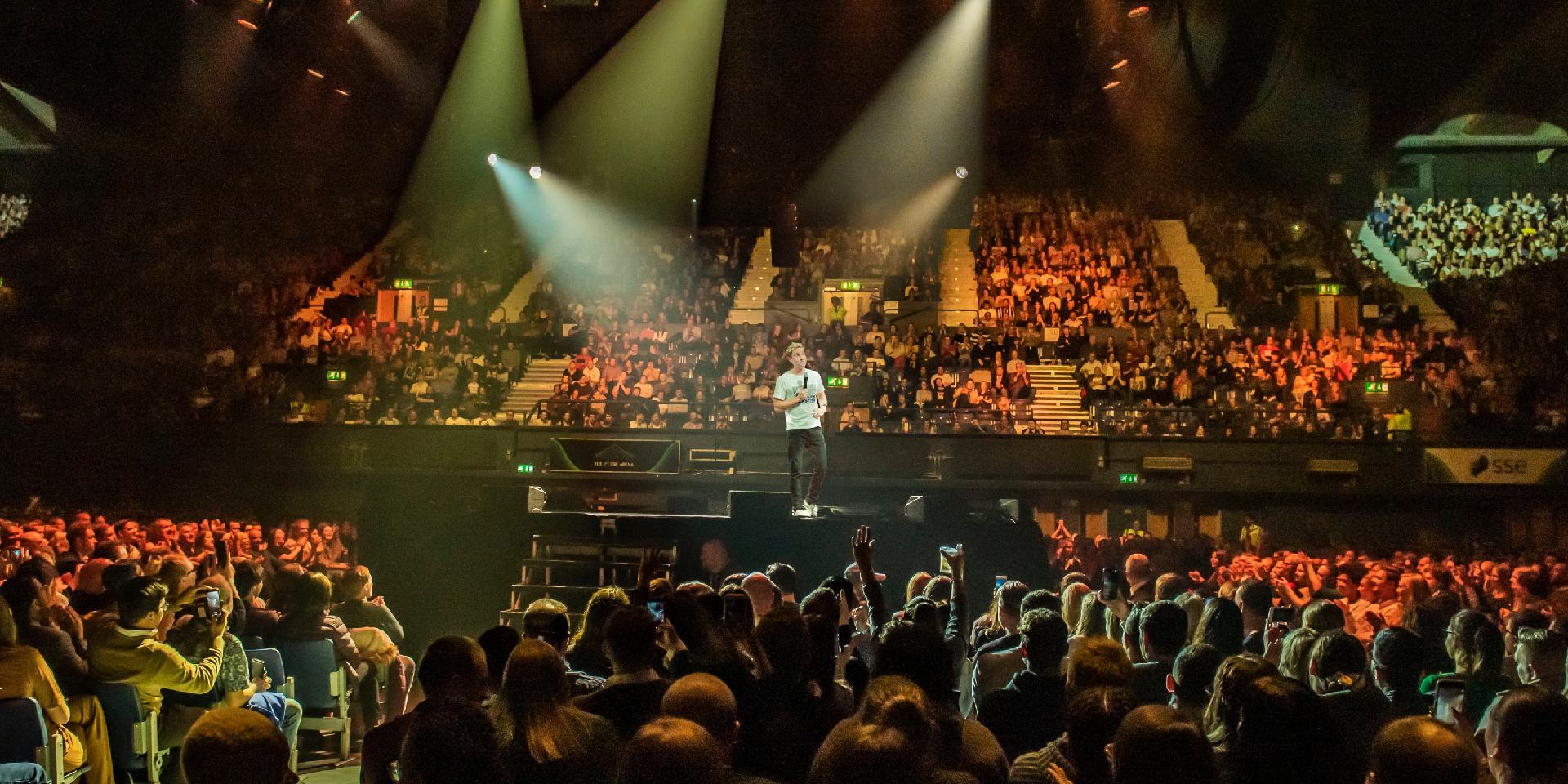 Monday 25th November – Following a sold-out and critically-acclaimed UK arena leg, Russell Howard announces a 23-date nationwide extension to his third and largest world tour,  Respite, bringing his Hammersmith Apollo run up to 5 nights to add to his 6-night homecoming run at the Bristol Hippodrome.

In response to multiple dates selling out internationally, Russell has added shows in America and Canada in Seattle, New York, Boston and Toronto and in Europe in Switzerland and Denmark (4 dates), alongside a new performance at the Dubai Opera.

Tickets will go on-sale tomorrow, 26th November, at 10am and will be available to buy at www.russell-howard.co.uk

Russell is currently on our screens offering his unique and acclaimed perspective on international news and current affairs with the third series of The Russell Howard Hour on Sky One. Every episode is available to watch worldwide on Russell’s YouTube channel, which has over 940,000 subscribers. The show is also broadcast simultaneously in Australia and New Zealand. Series One was the most successful new entertainment series to launch on the channel since 2010 and the show has since received over 300 million views across social media as a result of many segments going viral.

For more information please contact: Victoria Wedderburn or Ben Baruch at Avalon on 0207 598 7222 or VWedderburn@avalonuk.com / BBaruch@avalonuk.com