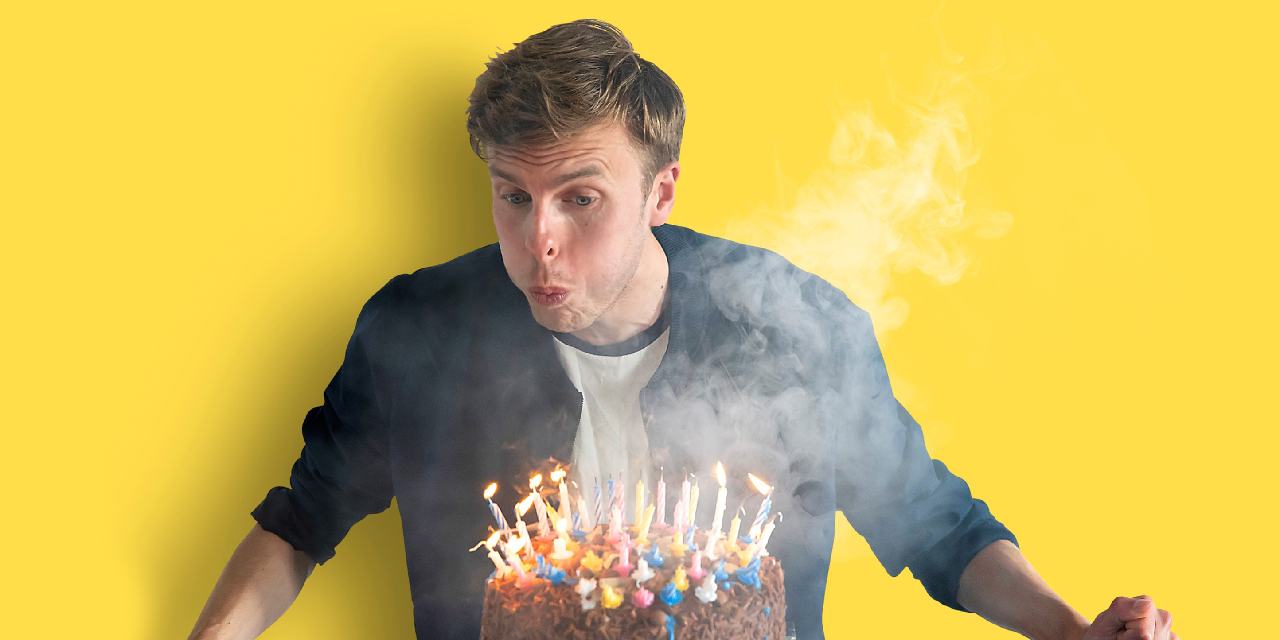 [Harry Baker’s] intricate, quick-fire rhymes have always been on the impressive side of mind-blowing The Scotsman

Mathematician-turned-World-Slam-Champion Harry Baker is set to embark on his debut solo tour with his brand-new spoken word comedy show ‘I Am 10,000’, building on the momentum of a sold-out run at the Edinburgh Festival Fringe. Harry will tour across the UK from 18th February to 31st May, tickets can be found at harrybaker.co.

The slam champ has turned 10,000 days old and in his new solo show he celebrates numbers, words and life itself . From winning his school’s Battle of the Bands competition with a Jay-Z maths homage, to his prime number poetry TED talk being watched by millions online, Harry’s love of language and logic has got him through literal marathons, seen him rap battle in front of Ice Cube, and now has him analyzing the technical accuracy of So Solid Crew’s 21 seconds. He’s got 99 problems but maths ain’t one.

Harry Baker’s poem about prime numbers has been shared on TED.com and has been translated into 21 different languages with a combined viewership of over 5 million along with his other 5 TEDx talks. Harry has been acclaimed for his blistering wordplay (★★★★★ Three Weeks) “with not one syllable out of place” (★★★★★ Wee Review) which seen him coined as ‘a champion’ by Ed Sheeran, and Scott Mills described a performance on his BBC Radio 1 show as ‘the greatest thing I’ve ever seen’. Harry’s debut anthology, The Sunshine Kid was published with Burning Eye in 2014 and a subsequent show of the same name was voted Best Spoken Word show of the Edinburgh Fringe Festival 2015.

Harry Baker is one half of the Comedy- Rap-Jazz duo Harry & Chris who have generated a devoted following with their family friendly, feel-good songs which have been featured on The Russell Howard Hour (Sky), and heard on BBC Radio 2’s Live From the Edinburgh Fringe, BBC Radio 3’s The Verb, and BBC Radio 5 Live’s Sarah Brett Show. Having played together in various forms for over 10 years, Harry and Chris performed their debut hour at the Edinburgh Festival Fringe in 2016 which they’ve since toured across the UK, earning them a Leicester Comedy Festival Award nomination in 2016, followed by two further shows at the Edinburgh Fringe in 2017 and 2018 which performed to sold-out audiences, before enjoying a 5-star (★★★★★ Sunday Post) run in 2019. The Hook created a music video for their World Cup Song which was released in June 2018, and the pair performed their first joint TedX talk ‘Finding Joy Through Comedy-Rap-Jazz’ in July 2018, which was followed by their TEDxExeter talk ‘Songs of Hope for the Planet’, released in June 2019.

WHAT THE PRESS SAID ABOUT HARRY BAKER:

His poetry is a masterpiece, both in rhythm and content. The wordplay is so clever it takes the audience a couple of lines to notice, but when we do, we’re gasping with both disbelief and laughter ★★★★★ Wee Review

The show does exactly what it says on the label, and it does it better than you can possibly envision: this man is not a world champion for nothing ★★★★ Broadway Baby