NOT GOING OUT DRIVING HOME FOR CHRISTMAS 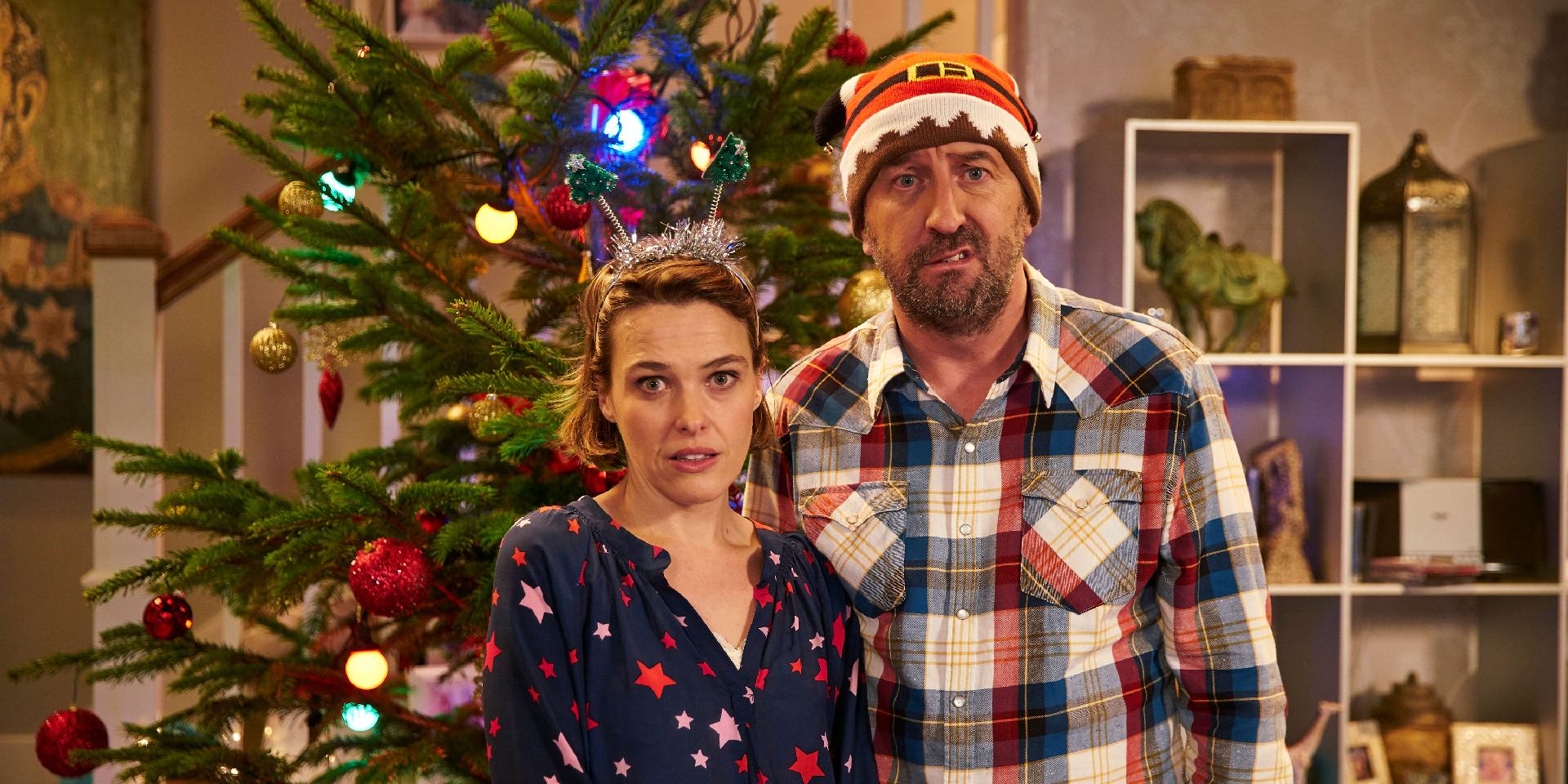 Lee Mack’s multi award-winning hit show, and longest running sitcom on air, will return to BBC One this Christmas.

We all know Christmas simply wouldn’t be Christmas without a giant inflatable Santa, an aggressive bull in a field and a terrifying truck driver.  We are straight into seasonal suburban chaos as married couple Lee (Lee Mack) and Lucy (Sally Bretton) pop out on a last-minute Christmas Eve mission for the kids.  With Lucy’s father Geoffrey (Geoffrey Whitehead), cutting more of a strict and stuffy Victorian gent than usual, and lovely mum Wendy (Deborah Grant) fortunately on hand to temporarily mind the children, surely it will be an uneventful evening?  As ever for Lee, things don’t quite go to plan with a theft and unexpected trip into deep countryside. Meanwhile at home, Lee’s lovably feckless father, Frank (Bobby Ball) also turns up to offer gifts… and his unique festive flavour.

What the press have said about series 10…

Not Going Out truly is the safe space for those who find modern sitcoms rather lacking in the joke department.
Chris Bennion, The Times

The TV landscape would be a poorer place without Lee Mack ★★★★
Jill Pelton, TV Times

returns for its 10th – yes, 10th – series, and we’re pleased to report that it shows no signs of running out of steam, or cheesy gags. The laughs come thick and fast
Eleanor Relf, The Sun

in its tenth series, is without fault. It’s so ﬁnely crafted by Lee Mack that it could run for ever
David Stephenson, Sunday Express

it derives real sparkle from Mack’s presence – he has funny bones
Vicki Power, The Daily Telegraph

Not Going Out Driving Home For Christmas  – December TBC

For more information, please contact: Dan Lloyd or Lucy Plosker at Avalon on DLloyd@avalonuk.com or LPlosker@avalonuk.com / 020 7598 7222