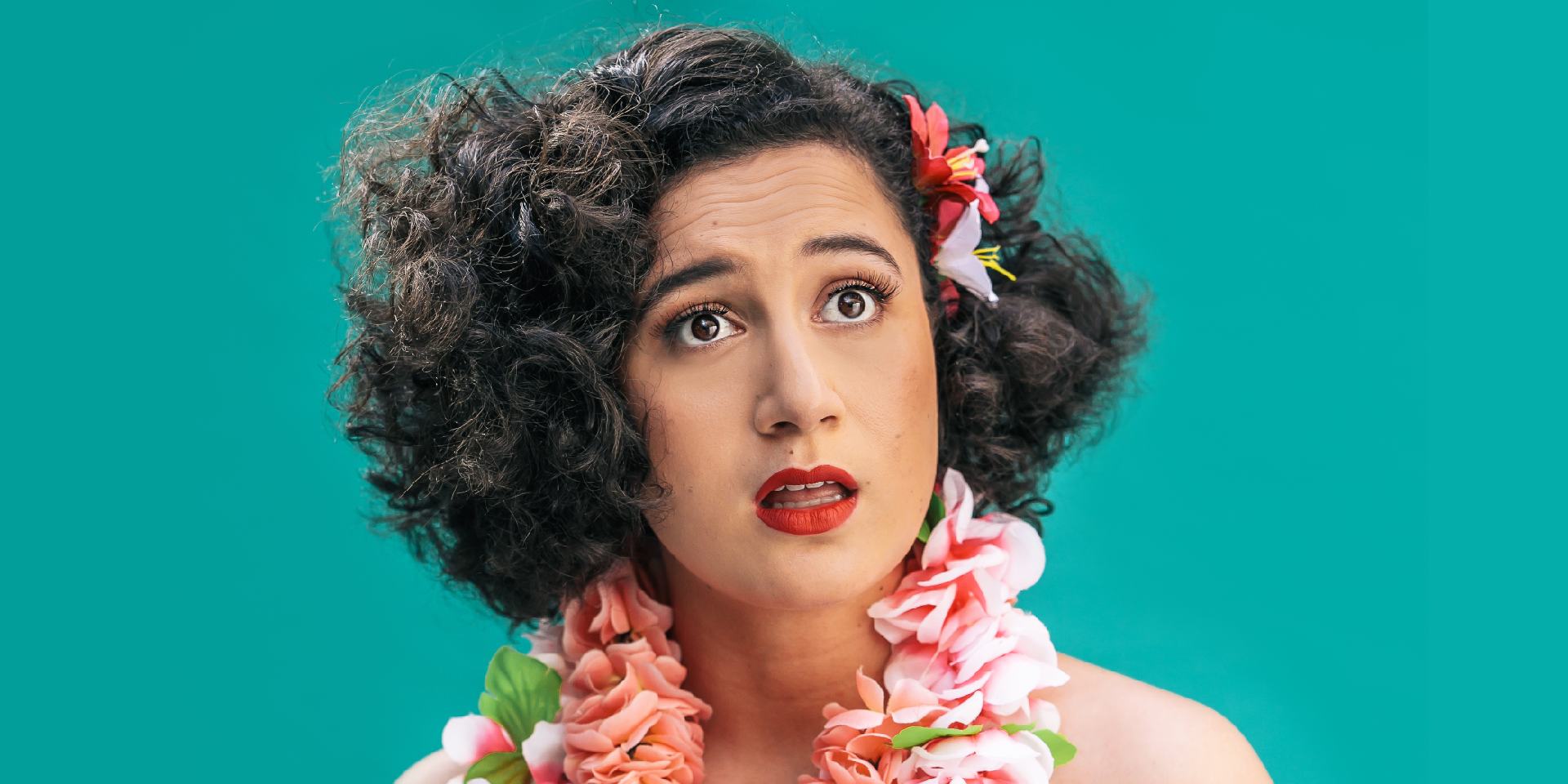 Rose Matafeo is going to be huge ★★★★ Alice Jones, The I

Another storming set from a woman whose neuroses, intelligence and flamboyant sense of her own ridiculousness make her a near-perfect comedian ★★★★ Brian Logan, Guardian

This Kiwi livewire has been on the cusp of breaking through in the UK for a couple of years and Horndog feels like her moment ★★★★ Bruce Dessau, Evening Standard

It was announced today, Thursday 14th November, that Comedy Award Winner Rose Matafeo is set to record her first filmed, hour-long special of the smash hit, critically-acclaimed show Horndog to be captured over two performances at The Ambassadors Theatre on Friday 17th January at 7pm & 9:30pm. Tickets are on sale and can be found at theambassadordstheatre.co.uk.

A whirlwind of stand-up, sketch and mid 20s angst, Horndog has enjoyed multiple, sold-out runs at Leicester Square Theatre and Soho Theatre, as well as successful performances around the world with sell-out shows at the New Zealand International Comedy Festival and a Barry Award nominated run at the Melbourne Comedy Festival, before being crowned Best Show at the prestigious Edinburgh Comedy Awards 2018. The show was simultaneously highlighted as one of the best shows at the Fringe in the Guardian, Vogue, Evening Standard, The Mirror, Chortle, and British Comedy Guide.

Building momentum over the past year, Rose has established herself as one of the most exciting new voices in comedy and a regular face on our screens having written and starred in the three part series Rose Matafeo: Temp for Channel 4’s Comedy Blaps, as well as featuring on Taskmaster (Dave), Have I Got News For You (BBC One), The Royal Variety Performance (ITV 1), 8 Out of 10 Cats Does Countdown (Channel 4) Unspun with Matt Forde (Dave), Ultimate Worrier (Dave), Hypothetical (UKTV), Edinburgh Nights (BBC Two), and The Great British Bake Off: An Extra Slice (Channel 4) in the UK, and Conan (TBS) in the US. In New Zealand Rose was the head writer and star of Funny Girls (TV3), a regular on panel show 7 Days (Three Now NZ), and has written and starred on New Zealand comedy show Jono And Ben At Ten (TV3, NZ). Rose is currently working on her debut sitcom Starstruck with BBC Three which has been picked up internationally with HBO Max in the U.S., ABC in Australia, and TVNZ in New Zealand. Rose has acted in BBC One’s W1A, BBC Three’s web series Pls Like and Climaxed, ABC’s Squinters, Three’s Funny Girls, and the feature film Baby Done which is set to release in 2020.

WHAT THE PRESS HAS SAID ABOUT ROSE MATAFEO

The Rose Matafeo bandwagon is about to leave: I recommend you take a seat…See this winning 26-year-old this year and you’ll have bragging rights to hold over your friends in a few years’ time when she’s jumped to bigger venues ★★★★ Herald Sun

The 26-year-old Kiwi’s comedy resonates, her charisma is undeniable ★★★★ Craig Angus, The List

Such positivity and exuberance mixed with real smarts and stand-up chops are a rare treat indeed ★★★★ Tony Makos, The Skinny

Horndog is a superbly funny show from a wonderful comic at the top of her game ★★★★ Daisy Malt, Three Weeks