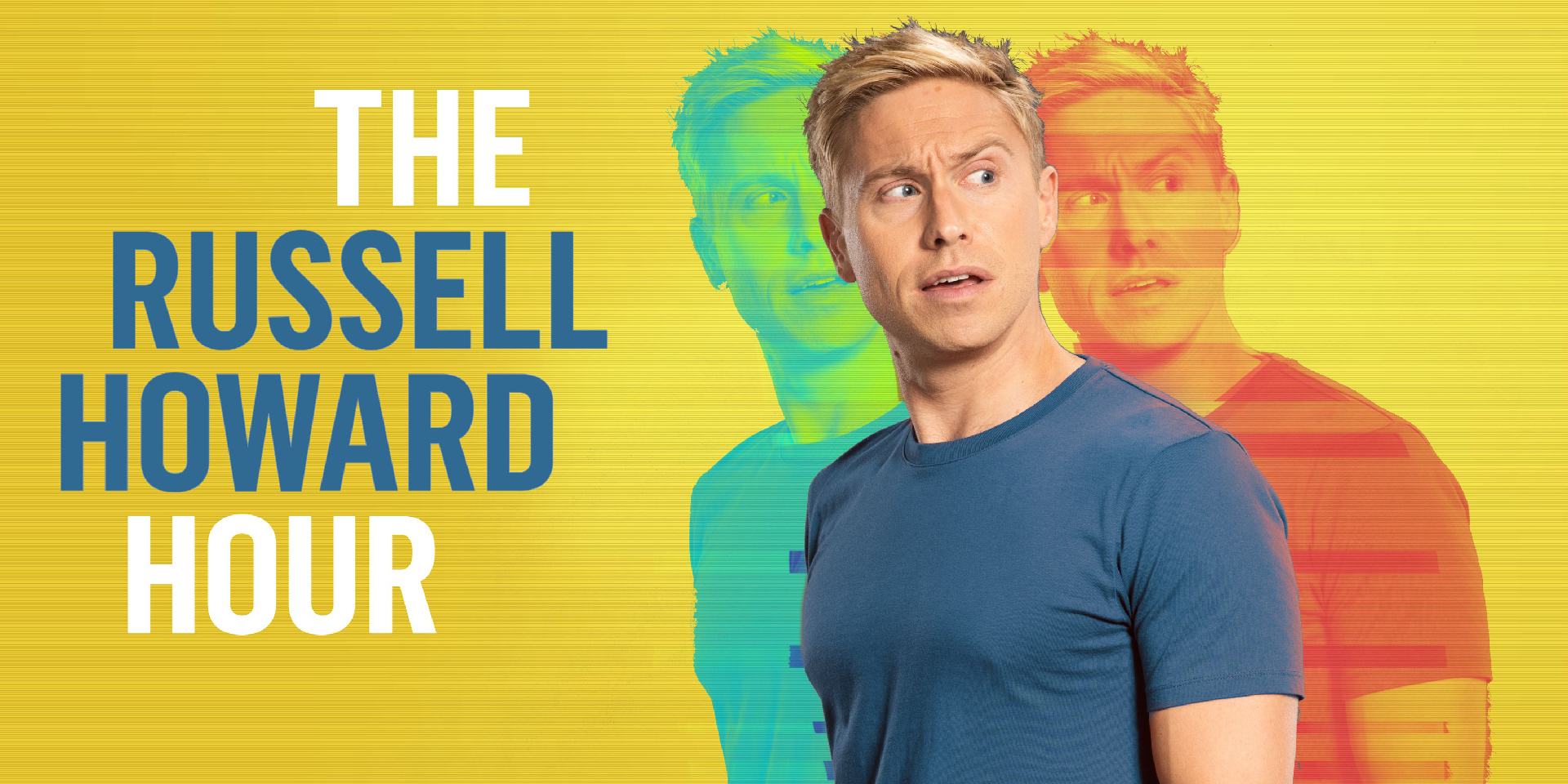 “The comedian is back to dissect the headlines and put the world to rights” ★★★★ The Mail On Sunday, UK

“I binged the entire second season of The Russell Howard Hour on YouTube in one weekend. That’s 14 hour-long episodes that combine jokes about politics and headlines with hilarious, light-hearted, silly bits, and an interesting, engaging interview sandwiched right in the middle of it all. And it was so, so worth it.” Decider, US

Russell Howard returns to our screens to offer his unique and acclaimed perspective on news and current affairs with a highly anticipated third series of The Russell Howard Hour on Thursday 7th November at 10pm on Sky One and streaming service NOW TV. The inaugural series of the Sky original and Avalon production was the most successful new entertainment series to launch on the channel since 2010 and the show has since received over 300 million views across social media as a result of multiple segments going viral such as: a passionate backing of the British police (10 million views),  a dive in to our housing crisis (9 million views), an insight in to the impact of social media on teenage girls (7 million views), a case for millennials (7 million views) and a dissection of the porn industry (6 million views).

We will also see the return of Playground Politics, where Russell talks to children about international issues at schools around the world to get a junior perspective on global politics and Good Deeds, championing the nation’s spirit of generosity. For the first time, in a new strand titled Playdate, Russell will hang out and play with guests throughout wide-ranging activities including Hot Tugging with Queer Eye’s Tan France, urban beekeeping with Aisling Bea, flyboarding with Jon Richardson and canal boating with Josh Widdicombe.

The Russell Howard Hour is available to view across the globe, broadcasting with Sky in the UK and Ireland and Foxtel in Australia and TVNZ’s Duke in New Zealand close to UK transmission.  Clips and previous episodes are available to watch elsewhere worldwide on Russell’s YouTube channel which has over 915,000 subscribers.

Russell is one of the UK’s most successful comedians; with over 3.4 million Facebook fans, he has a huge social media presence and more followers on this platform than any other British comedian. Russell has recently returned to the live stage with his third and largest world tour to date, Respite. He began his trip with a nationwide arena tour this Autumn and will return to the UK next year with multiple dates at London’s Eventim Apollo and Bristol’s Hippodrome. Breaking the record for the biggest ever stand-up show in China on his last tour, he returns to play Shanghai and Beijing in 2020. Outside of Asia, Russell will perform in Africa, North America, Europe and Australasia, visiting 5 continents, 24 countries and 52 cities. The success of the international 2017 tour led to a global release of Netflix Special entitled Recalibrate.

The Russell Howard Hour is a Sky original production produced by Avalon.  The commissioning editor at Sky is Shirley Jones, whilst Executive Producers are Richard Allen-Turner, James Taylor and Jon Thoday for Avalon.  The show is directed by Peter Orton and series produced by Robyn O’Brien.

For more information please contact: Victoria Wedderburn or Ben Baruch at Avalon on 0207 598 7222 or VWedderburn@avalon-entertainment.com / or BBaruch@avalonuk.com or Dominic Collett at Sky on Dominic.Collett@sky.uk.

“a big hit for Sky” Forbes

“altogether more politicised and hard-hitting….It was a treat to find Howard showing so much bite… it’s not often you get such spiky satire on Sky1, let alone a feminist poem referencing Caligula, Minerva and Augustus’ dictums. For that, Howard and his Hour should be applauded.”

“We’ve reached the penultimate episode of this excellent comedy series. It’s little more than an extended version of BBC’s Good News but that’s exactly what fans (and Sky) wanted and he’s delivered, pushing his brand of topical, positive reinforcement stand-up with aplomb”

“A truly positive and perfectly balanced conversation, branching out to some rich areas of interest for certain – you’ll enjoy this one, get on board!”

Sky is Europe’s leading entertainment company, serving 22.5 million customers across five countries – UK, Ireland, Germany, Austria and Italy. The company has annual revenues of £12.9 billion and is Europe’s leading investor in television content with annual programming spend of over £6 billion.

From exclusive partnerships with HBO and Showtime, to Sky Original Productions, Sky offers the best and broadest range of content along with the best viewing experience to suit each and every customer. Whether that’s through the multi-award winning next generation box, Sky Q, or Sky’s contract-free online streaming service, NOW TV, customers have access to the latest movies, drama, sports and kids entertainment wherever and whenever they like. This is all supported by Sky’s best in class customer service.

Sky’s success is not just based on what the company does but how it does it. Named as one of the Top 10 Green Companies in the World by Newsweek, one of the world’s most recognised rankings of business’s environmental performance, Sky ensures its responsible business strategy is embedded right across the group.

Sky has over 31,000 employees and is listed as one of The Times Top 50 employers for women. Sky is listed on the London Stock Exchange (SKY)