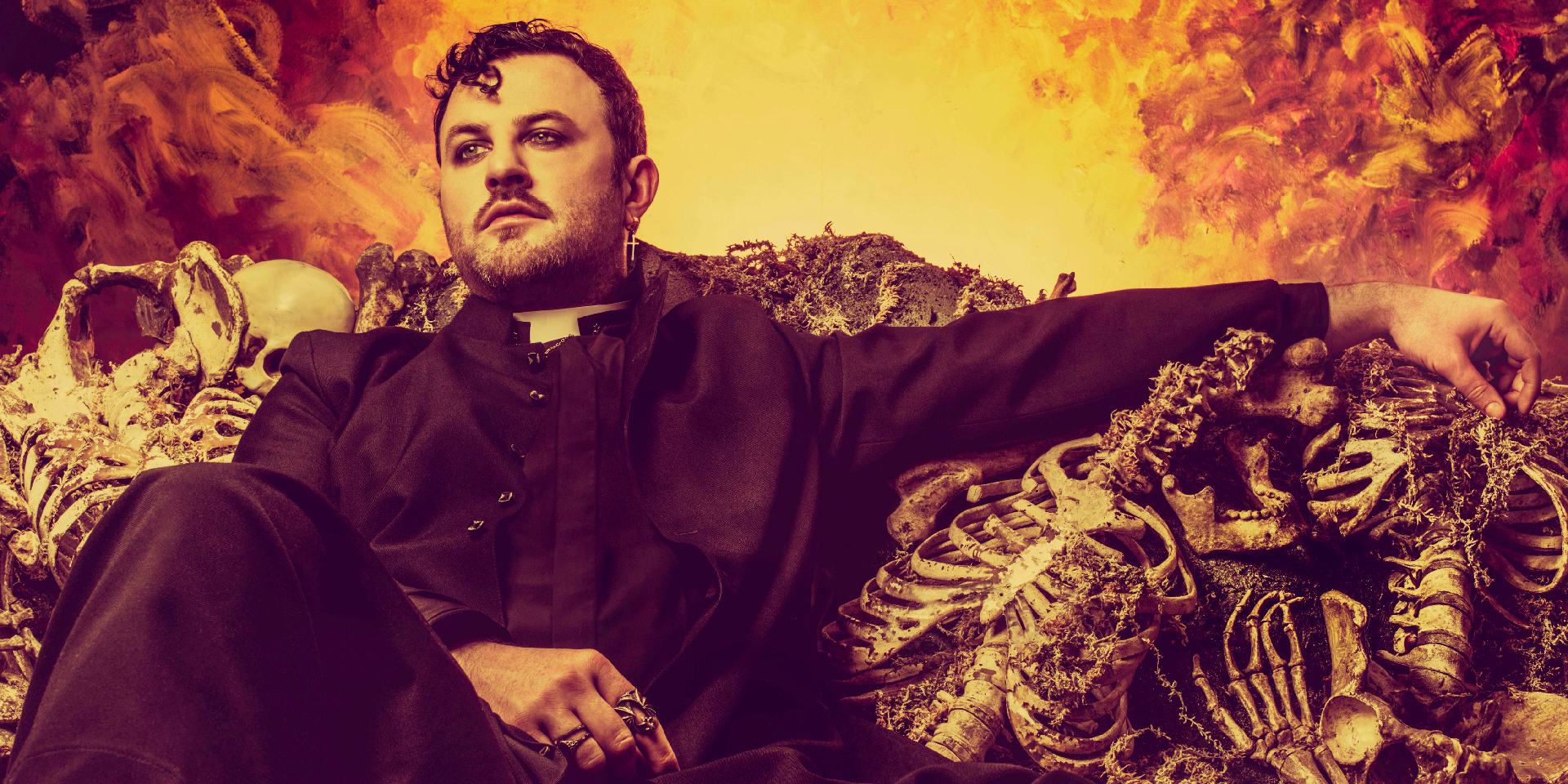 “Dowd is so marvellously funny in character as the ludicrous, libidinous, narcissistic swordsman-turned-priest that he could probably read out his weekly shopping list and the results would be genuinely hilarious.” ★★★★ The Telegraph

“comedy of the most ridiculous variety” ★★★★ The Guardian

In the wake of an unspeakable tragedy, world-famous lothario, swordsman and butthead Rodolfo turns his back on his lifestyle – rejects the sword, takes a vow of chastity and joins the priesthood. But as dark forces rise he must face personal demons and battle actual demons.

As well as coming off the back of two sell-out Fringe shows in 2018 and 2019, two successful runs at Soho Theatre and a nomination for Breakthrough Act at the 2019 Chortle Awards, Ciarán is currently developing his own scripted comedy for the BBC, has appeared in Josh (BBC1), GameFace (E4/Hulu) and Zapped (Dave), and has made the most guest appearances on Drunk History (Comedy Central).

Ciarán can be seen in Stephen Merchant’s recent feature film Fighting With My Family (Film4), The Reluctant Landlord (Sky1) and Keith Lemon: Coming in America (ITV2). Ciarán has also been seen on stage in the comedy play Chasing Bono by Dick Clement and Ian La Frenais (writers of Porridge, The Likely Lads and Auf Wiedersehen Pet) at Soho Theatre and is a member of the critically acclaimed sketch group BEASTS. BEASTS have made numerous appearances on BBC Radio 4, were nominated for the Amused Moose Comedy Awards in 2014 and their sell-out shows were among the top reviewed at the Edinburgh Fringe in 2014, 2015 and 2016.

“the single funniest thing you will see this year” The Telegraph

“an hour of hilarious character comedy” ★★★★ The Telegraph