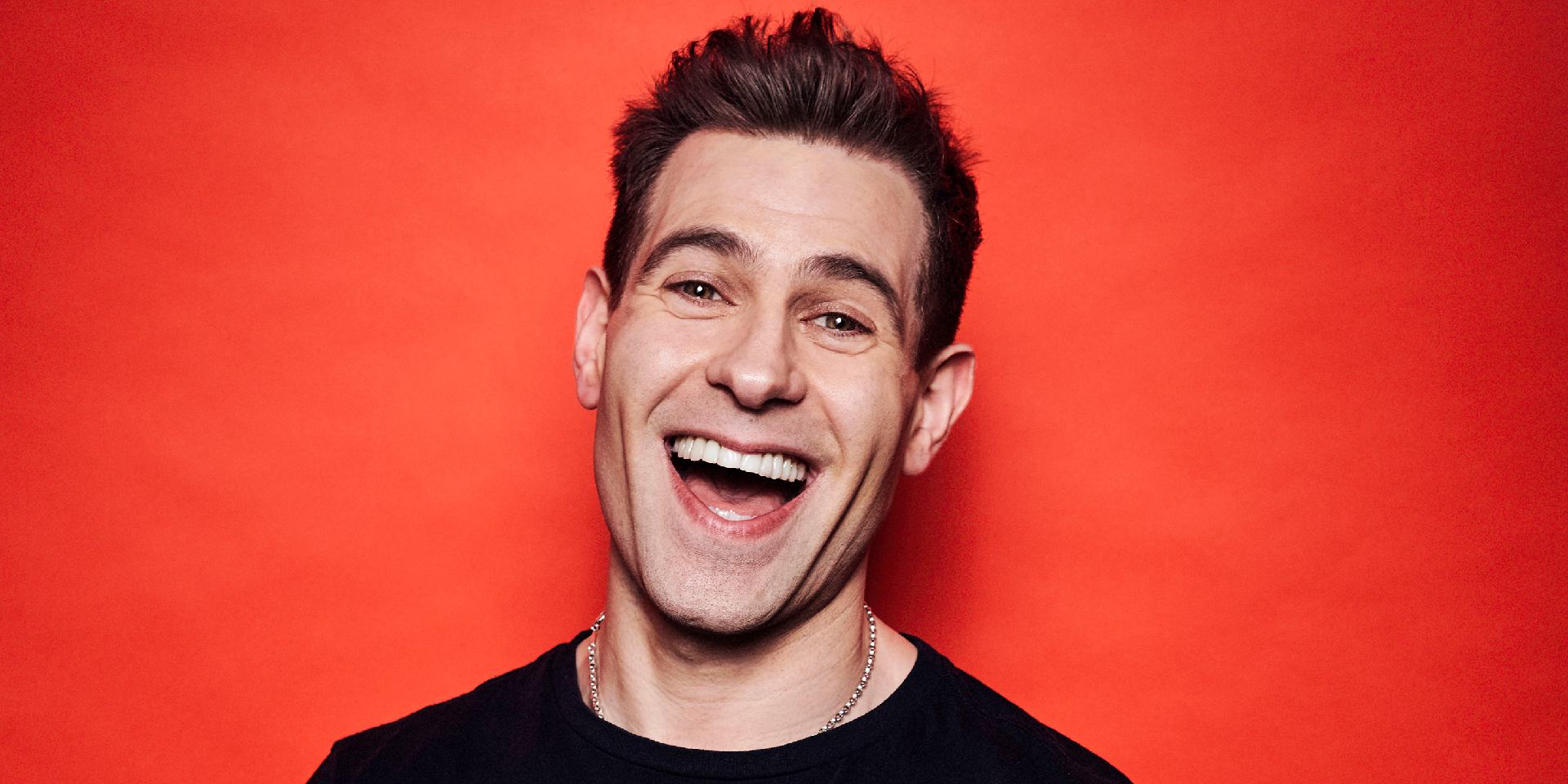 Simon Brodkin has finally and gloriously cast off the shackles of Lee Nelson with a sublime piece of daft comedy ★★★★ Murray Robertson, The List

After a critically-acclaimed, sell-out run at the Edinburgh Festival Fringe, Simon Brodkin is embarking on a 47-date nationwide tour. Kicking off at the Leicester Square Theatre on Friday 15th November 2019, 100% Simon Brodkin will visit a further 46 venues across the UK between February and May 2020.

After three hugely successful BBC series as the irrepressible Lee Nelson and gaining international notoriety as a serial prankster, Simon unveils his funniest creation yet… himself! 100% Simon Brodkin sees him performing out of character for the very first time. In this honest, heartfelt show, Simon takes us from his childhood growing up on the “mean streets” of Hampstead Garden Suburb, via an adulthood as an out-of-his-depth doctor and inept parent, to someone who was ill-prepared for the torrent of antisemitic hatred he received from the Ku Klux Klan after pranking Donald Trump.

Surrounding President Donald Trump with a hundred swastika-emblazoned golf balls as he opened his Turnberry golf resort was just one of Simon’s many world-famous stunts. Others include handing Prime Minister Theresa May a P45 during her Conservative Party Conference speech, showering disgraced FIFA President Sepp Blatter with bank notes, re-christening Sir Philip Green’s hundred-million pound yacht “BHS Destroyer”, joining Kanye West on the Pyramid stage at Glastonbury, and fooling Simon Cowell and the other judges to win four ‘yeses’ on Britain’s Got Talent, as an ultra-orthodox ‘Rapping Rabbi’! Some of these audacious stunts were documented in Channel 4’s Britain’s Greatest Hoaxer and have been watched on YouTube by over 15 million people and received a nomination for Best Documentary at the Monte Carlo TV Festival Golden Nymph Awards 2018.

As well as writing and starring in Lee Nelson’s Well Good Show and Lee Nelson’s Well Funny People (both BBC Three), Simon has performed and hosted as Lee on Live at the Apollo (BBC One), Sunday Night at the Palladium (ITV), The John Bishop Christmas Show (BBC One), Children In Need (BBC One) and Channel 4’s Comedy Gala.

WHAT THE PRESS SAID ABOUT 100% SIMON BRODKIN

100% Simon Brodkin is a welcome evolution ★★★★ Jay Richardson, The Scotsman

As a traditional, timeless stand-up show, this hits plenty of bullseyes ★★★★ Bruce Dessau, Beyond The Joke

His show proves that Brodkin has no need for the trappings of character to deliver a thoroughly entertaining show Steve Bennett, Chortle

Funny, smart and unexpected… this show proves that Simon Brodkin no longer needs to hide behind characters and stunts to be funny ★★★★ Elliot Gonzales, I Talk Telly