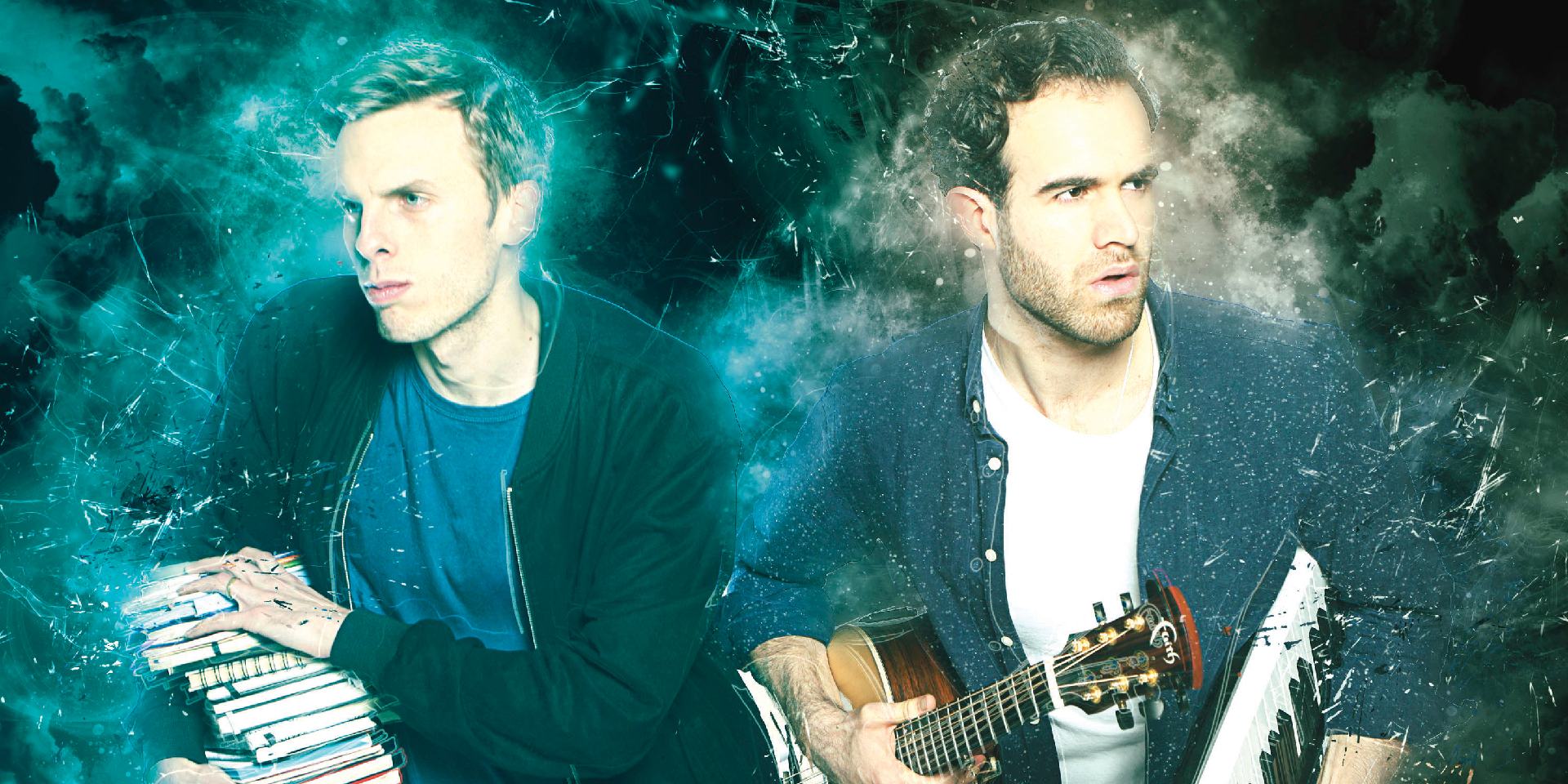 This infectiously fun, dazzling creative show ought to linger long with you through sheer hummability alone
The Scotsman, Jay Richardson ★★★★

Something this exciting and entertaining is simply a thrill to watch. Laughter, cheers and applause rang out continually
Chortle, Jack Boyle ★★★★

Comedy-Rap-Jazz duo and Guardian Pick of the Fringe and Telegraph Best Jokes of the Fringe 2019  Harry & Chris embark on their third nationwide tour following their fourth sell-out run at the Edinburgh Festival Fringe  with their latest blend of award-winning wordplay, awe-inspiring musicality, eyebrow-raising bromance and unashamed joy. Their fourth show This One’s For the Aliens will be performed across the UK from 3rd national tour from 26th September to 21st December.  Tickets can be found at harryandchris.com.

Together the pair have generated a devoted following with their family friendly, feel-good songs which have been featured on The Russell Howard Hour (Sky), and heard on BBC Radio 2’s Live From the Edinburgh Fringe, BBC Radio 3’s The Verb, and BBC Radio 5 Live’s Sarah Brett Show. Having played together in various forms for over 10 years, Harry and Chris performed their debut hour at the Edinburgh Festival Fringe in 2016 which they’ve since toured across the UK, earning them a Leicester Comedy Festival Award nomination in 2016, followed by two further shows at the Edinburgh Fringe in 2017 and 2018 which performed to sold-out audiences and went on to tour the UK, while in the U.S. they recently featured on NBC’s flagship comedy entertainment show Bring The Funny with Kenan Thompson, Chrissy Teigen, Amanda Seales and Jeff Foxworthy. The Hook created a music video for their World Cup Song which was released in June 2018, and the pair performed their first joint TedX talk ‘Finding Joy Through Comedy-Rap-Jazz’ in July 2018, which was followed by their TEDxExeter talk ‘Songs of Hope for the Planet’, released in June 2019.

World Poetry Slam Champion, performance poet (and maths student) Harry Baker’s poem about prime numbers has been shared on TED.com and has been translated into 21 different languages with a combined viewership of over 5 million along with his other 5 TEDx talks. Harry has been acclaimed for his blistering wordplay (★★★★★ Three Weeks) “with not one syllable out of place” (★★★★★ Wee Review) which seen him coined as ‘a champion’ by Ed Sheeran, ‘a show stealer’ by Scroobius Pip and Scott Mills described a performance on his BBC Radio 1 show as ‘the greatest thing I’ve ever seen’. Harry’s debut anthology, The Sunshine Kid was published with Burning Eye in 2014 and a subsequent show of the same name was voted Best Spoken Word show of the Edinburgh Fringe Festival 2015. Harry sold out his latest solo comedy show “I am 10,000” throughout the 2019 Fringe Festival Fringe to rave reviews.

Acclaimed musician Chris Read (’Brilliant’ Evening Standard) is hailed as an ‘up-and-coming talent’ (All About Jazz) on the UK music scene and performs regularly around the country, as well as overseas at venues including the Lincoln Centre in New York and the Montreux Jazz Festival. He’s released multiple EPs and a full-length jazz album, and is currently composing and songwriting for a television musical (to be announced). Chris performed a musical comedy solo show through the 2019 Edinburgh Festival Fringe to sell-out audiences.

WHAT THE PRESS HAS SAID ABOUT THIS ONES FOR THE ALIENS:

“Harry and Chris have their act locked down so tight that even their failures are turned to triumphs”
The Scotsman, Jay Richardson ★★★★

“something this exciting and entertaining is simply a thrill to watch.. This One Is For The Aliens is a crisp, clean, engaging, entertaining but most importantly, a funny show”
Chortle, Jack Boyle ★★★★

“One thing’s for sure, with Harry and Chris at the helm this planet is in safe hands”
Broadway Baby, Kate Nora ★★★★★

“Harry Baker displays his lexical prowess through the medium of rap, his verbal dexterity clear from the offset, while Chris Read offsets his rhythmic lyrics with musical accompaniment and smooth vocals”
The Upcoming, Rosamund Kelby ★★★★★

“Their show is unique, intelligent and very entertaining, that does indeed enlighten the soul”
Deadline News, Joy Hadden ★★★★★