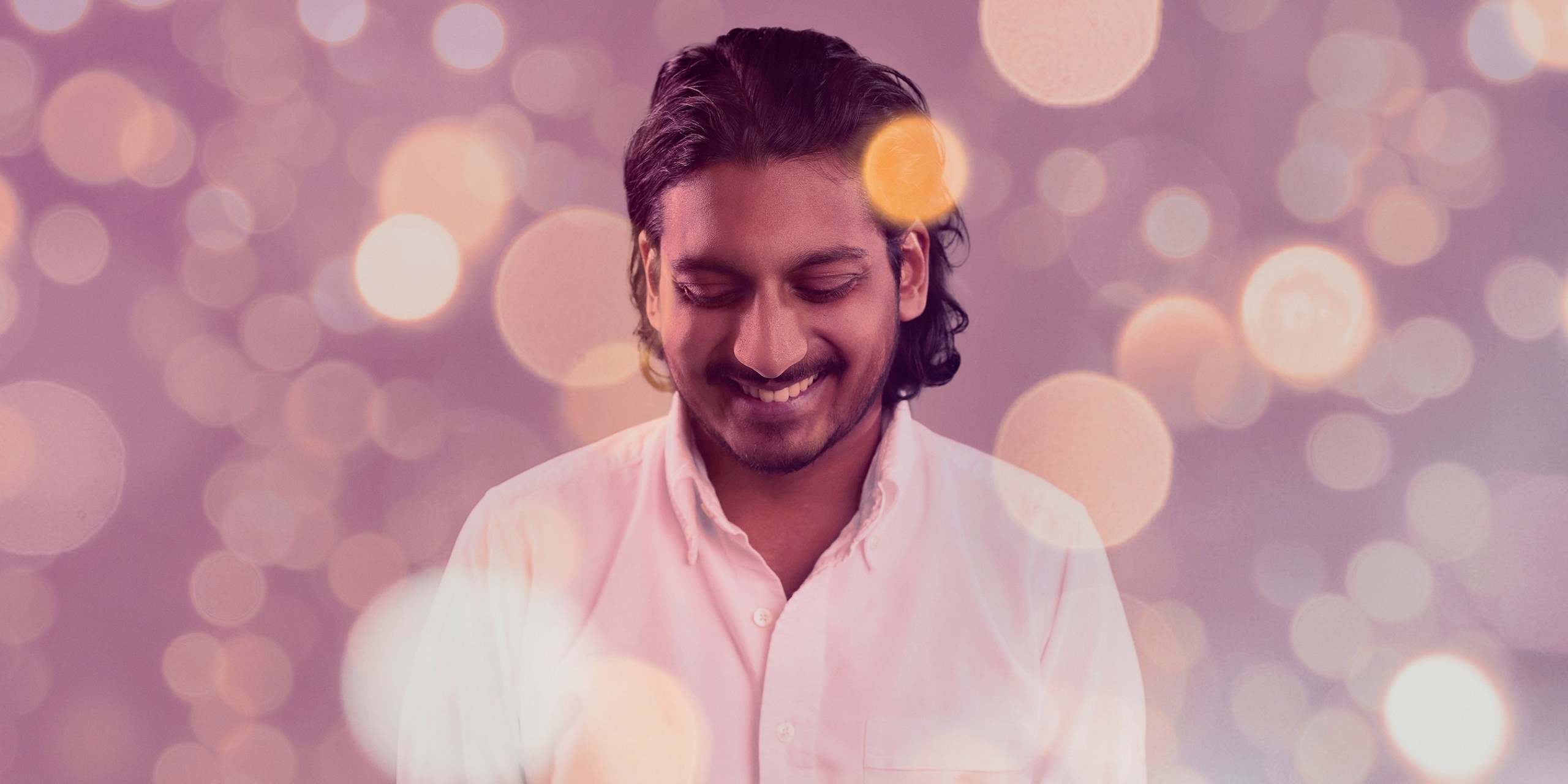 “this is an outstanding show; politically necessary, personally eviscerating, and heavy on the laughs. To cover such range and depth without even a hint of cliche is an enormous achievement. Duffer has really come good.” ★★★★½ Paul Fleckney, Chortle

Double Edinburgh Comedy Award nominee 2017 and 2018, Ahir Shah will embark on a run at Soho Theatre from 16th September before his biggest UK tour to date begins on 23rd October with brand new show Dots, following a run at the Edinburgh Festival Fringe. Tickets are now on sale.

Ahir’s latest show explores the necessity, utility, and absence of certainty. This follows on from last year’s critically acclaimed show, Duffer, which was performed to packed houses at the 2018 Fringe and earnt him a second consecutive Best Show nomination at the coveted Edinburgh Comedy Awards. This was followed by a hugely successful UK tour, a sold out run in London’s West End, and a run at the Melbourne International Comedy Festival 2019.

On TV and radio, Ahir’s recent appearances have included Live at the Apollo (BBC Two), Have I Got News For You (BBC One), Frankie Boyle’s New World Order (BBC Two), The Mash Report (BBC Two), Stand Up Central with Rob Delaney (Comedy Central), The Big Asian Stand-Up (BBC Two) and The Now Show (BBC Radio Four), written and starred in Ahir Shah’s Summer (Sky Arts) and Ahir Shah’s Life Lessons (BBC Three), and has appeared in Live at the Electric (BBC Three) and Campus (Channel 4). As a writer he is developing a sitcom for Channel 4, and has also written for The Mash Report (BBC Two) and The News Quiz (BBC Radio Four).

Dots will be Ahir’s eighth solo Edinburgh Festival Fringe show, succeeding Edinburgh Comedy Award nominated shows Dots (2018) and Control (2017), Machines (2016), Distant (2015), Texture (2014), Anatomy (2013) and Astrology (2011).  As well touring across the UK, India and continental Europe, Ahir has also been making a name for himself performing at the Melbourne International Comedy Festival, the Adelaide Fringe, and the Just for Laughs comedy festival in Montreal.

Other Things The Press Has Said About Duffer

“A magnificent hour about politics, family and a 1970s classic hit” ★★★★★ Brian Donaldson, The List

“He blends stories of growing up with brief bursts of fury at a callous system and struggles to find meaning or faith… but with laughs.” ★★★★ Stephen Armstrong, The Sunday Times

“Shah’s set, a terrifically smart examination of family, religion and depression, is by turns furiously nihilistic and desperately warm and loving, and it wasn’t just the running gag about Bohemian Rhapsody that had me in tears at the end” Rebecca Nicholson, The Observer

“No young British comic has greater promise…electrifying…Shah’s breadth of vision is peerless” Dominic Maxwell, The Times

“A phenomenal hour from Ahir Shah” ★★★★★ Polly Glynn, The Skinny

“If this isn’t award-winning material, I don’t know what is” ★★★★★ Richard Cobb, Edinburgh Festivals Magazine

“Duffer’s the most versatile we’ve seen Shah yet. The most willing to drop a big question without having any big answers to go with it. The most moving, hands-down. And against the odds, it’s also the funniest”. ★★★★★ Lydia Manch, Londonist

“What elevates this show from merely excellent to very special is Shah’s ability to tackle existential questions in a way that’s at once brain-bending and brilliantly funny” Nooruddean Choudry, Joe