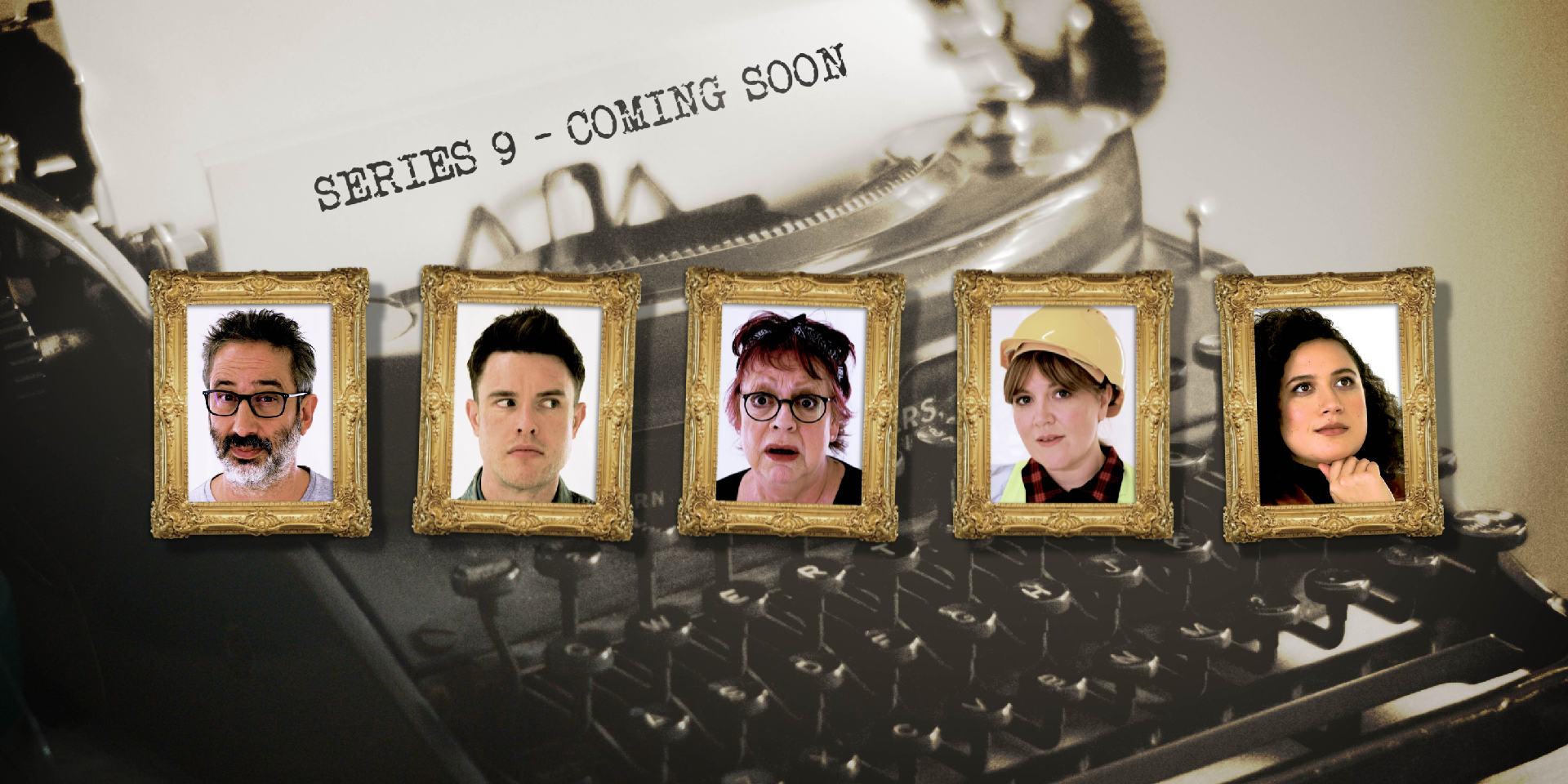 In the aftermath of another heroically fought tournament, Taskmaster Greg Davies and his sidekick Little Alex Horne are set to open the doors of the Taskmaster House to welcome a new quintet of contenders for the 9th series of the double BAFTA-nominated and Broadcast Award-winning UKTV Original series; Taskmaster, which returns to Dave in September.

Competing to win the Taskmaster’s golden likeness and the coveted title of ‘Taskmaster Series 9 Champion’ are: David Baddiel (Olivier Award nominated comedian, author, and presenter), Ed Gamble (comedian, BBC Two’s Mock The Week regular and chart-topping podcaster with Off Menu), Jo Brand (comedian, writer and star of BAFTA-winning series BBC Four’s Getting On), Katy Wix (comedian and actress featuring in BBC One’s Ghosts, and Channel 4’s The Windsors), and Rose Matafeo (Edinburgh Comedy Award Winner 2018, comedian and writer, ITV’s Royal Variety Performance). Subjecting themselves to the Taskmaster’s characteristically unpredictable rulings and flippant scoring system, this band of hopefuls will be put through a relentlessly bizarre series of tasks spread over ten nail-biting episodes to determine the next Taskmaster Champion.

Produced by Avalon, the eighth series of the Dave show starring Iain Stirling, Joe Thomas, Lou Sanders, Paul Sinha and Sian Gibson is the most successful to date with an average of 1.7 million viewers per episode, increasing by 16% compared to the last series and remains the most watched show on UKTV Play with over 5.5 million views since January 2019*.

The Taskmaster format has been sold into 17 countries including local versions of the show being developed for Comedy Central in the U.S. (starring Reggie Watts as the Taskmaster), TV 2 in Denmark, VTM in Belgium, TVE in Spain, and two series on Sweden’s SVT channel.

The launch of the Taskmaster Book 200 Extraordinary Tasks for Ordinary People was met with huge popularity, sold over 60K copies following publication, and swiftly rose to join top 20 bestselling hardback books in the UK four days after its release during the competitive Autumn/Winter sales period. A paperback version will be released on 5th September, while a Taskmaster boardgame is set to be released in Autumn this year.

Executive producers for the series are Alex Horne, Richard Allen-Turner, Rob Aslett, James Taylor, Jon Thoday, and Andy Devonshire (The Apprentice and The Great British Bake Off), who also acts as series director, and Hilary Rosen for UKTV. Andy Cartwright is series producer.

The ninth series of Taskmaster will air on Dave in September, catch up on series 1-8 on UKTV Play – http://uktvplay.uktv.co.uk

WHAT THE PRESS HAS SAID ABOUT TASKMASTER

No other TV show makes the jeopardy of losing self-respect quite so funny… brilliantly entertaining Frances Taylor, Radio Times

Reassuringly absurd and funny as ever
The Sun, TV Magazine

Ever since it was knee high to a TV remote, Dave had an idea. It wanted to be the first place viewers would come for brand-new, award-winning entertainment from the biggest and brightest stars and production companies in the UK. And in the years since, it has launched some of the most exciting and best-loved titles on TV. There are names like BAFTA and Emmy-nominated Taskmaster – now in its ninth series –, Judge Romesh, Hypothetical, Jon Richardson: Ultimate Worrier and Comedians Giving Lectures. And of course there’s Dave Gorman, whose inquisitive mind is returning to the channel for Terms and Conditions Apply. It’s not just in front of the camera where the comic genius lies either, with a wealth of scripted treasure such as Sliced, Porters and the globally popular Red Dwarf.

Dave’s not content just to make you laugh and share gags with your mates though. Expedition with Steve Backshall and Hurricane Man are showing you regions and aspects of the earth never before seen on TV. Red Bull Soapbox continues to delight with its boundless capacity for invention. And stepping away from the TV entirely, Dave’s partnered with CALM to launch the “Be The Mate You’d Want” campaign and the “Conversations Against Living Miserably” podcast.

Reaching 20million viewers a month, Dave’s come a long way, but it’s only just getting warmed up.

UKTV has been at the forefront of branded television for over 25 years, entertaining the nation with programmes they love. Its leading brands –  Dave, Gold, W, Drama, Alibi, Eden and Yesterday – span comedy, entertainment, natural history, factual and scripted drama, and are delivered to audiences through UKTV Play, Freeview, Sky, Virgin Media, BT, TalkTalk, YouView, Freesat and Amazon Fire. The broadcaster is a significant investor in British creativity and is committed to working with new and established writers, directors and programme-makers.

UKTV is part of BBC Studios, the UK’s most-awarded production company, a world-class distributor with international branded services, and a commercial subsidiary of the world’s leading public service broadcaster, the BBC.