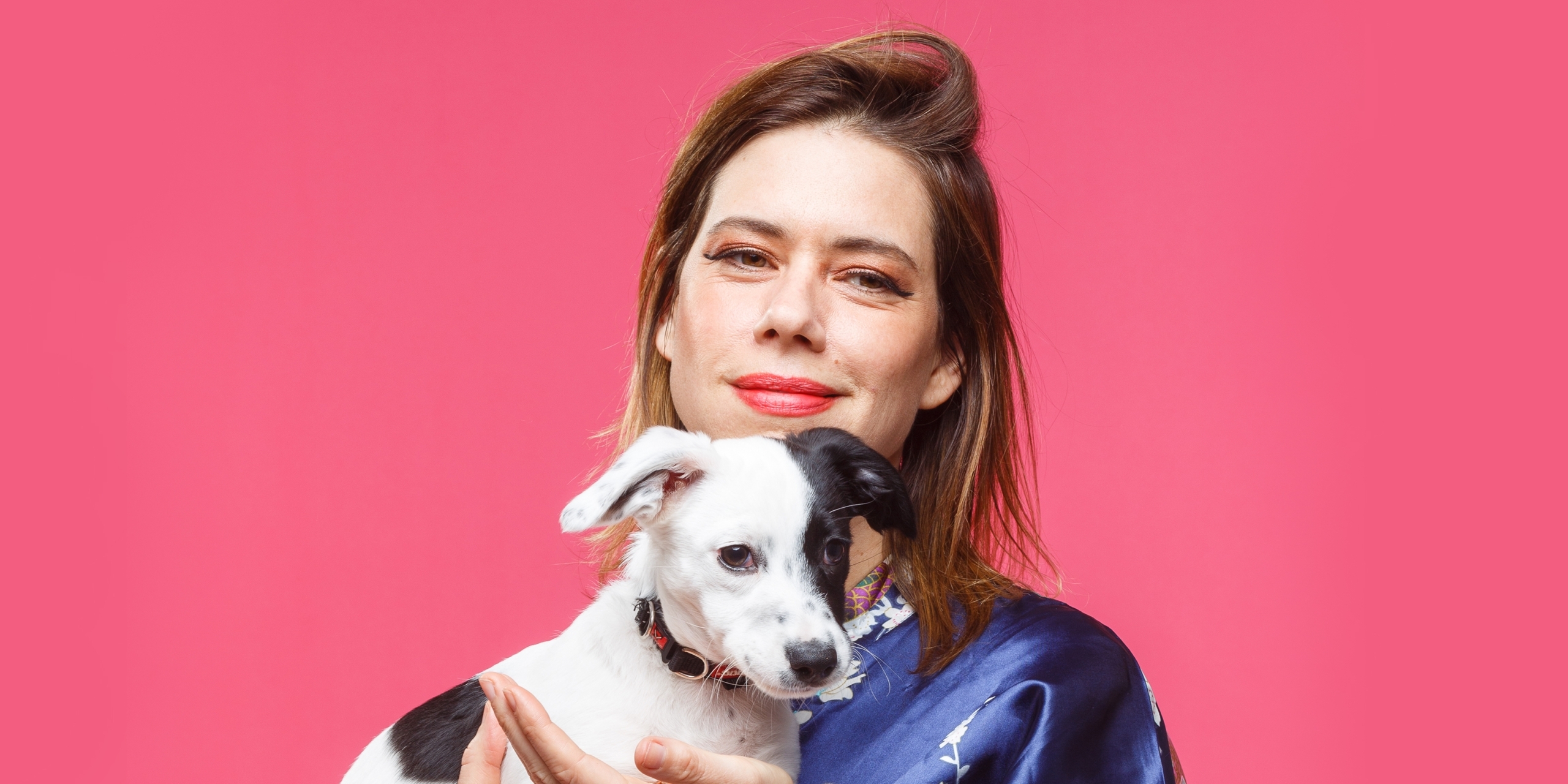 A reminder of just how good a straight stand up Sanders is…a joyous embracing of her eclectic life
Marissa Burgess, Fest Mag ★★★★

Critically-acclaimed stand-up and star of Taskmaster (Dave), 8 Out Of 10 Cats Does Countdown (Channel 4), and Hypothetical (Dave) Lou Sanders announces a UK tour of her brand-new solo show Say Hello To Your New Step-Mummy from 1st October 2019 to 11th April 2020, including a fortnight at Soho Theatre from 28th October to 9th November.  Tickets can be found at Lousanders.com

The (self-titled) Face That Launched a Thousand Dicks’ latest hour of characteristically frank and confessional stand up examines relationships (all kinds, baby), mental health (other people’s, she’s fine) and perverts (that one is her, actually). With plenty of oversharing and wanging on about spirituality, Lou is ready to give everyone some much unwanted advice.

Consistently a critic’s favorite, Lou’s celebrated 2018 show Shame Pig was selected as a top show to see in The Mirror, The Guardian, Guardian Guide, The Times, The Scotsman, Evening Standard, Time Out, The List, The Daily Express, and Edinburgh Festivals Magazine and played to sold-out audiences every day of the Edinburgh Festival Fringe 2018 and across the UK where she picked up a Comedian’s Choice Award and an Edinburgh Poster Award win.

On TV, Lou was featured in the Emmy and BAFTA nominated comedy game show Taskmaster (Dave), and has appeared on 8 Out Of 10 Cats Does Countdown (Channel 4), QI (BBC Two), Travel Man (Channel 4), Hypothetical (Dave), Karl Pilkington’s new sitcom Sick of It (Sky One), The Russell Howard Hour (Sky One), Red Nose Day Stand Off for Comic Relief (BBC One), Alan Davies: As Yet Untitled (Dave), Stand Up At BBC Wales (BBC Two), and Lou can regularly be heard on The Unbelievable Truth (BBC Radio 4). Her writing credits include 8 Out Of 10 Cats, Mock The Week and Miranda Hart’s live tour. She also co-hosts podcast Why Is Your Bottom So Dirty? with fellow comedian Luke McQueen.

WHAT THE PRESS HAS SAID ABOUT LOU SANDERS:

Vibrant, energetic, and chock-full of laughs, this is a show that it would be a real shame to miss
Stuart Boyland, The Upcoming ★★★★★

Shame Pig is a fantastically fun show from a comedian who is set for great things
Kate Stone, Funny Women ★★★★

Lou Sanders proves herself to be a fantastic comic
Scott Redmond, Young Perspective ★★★★