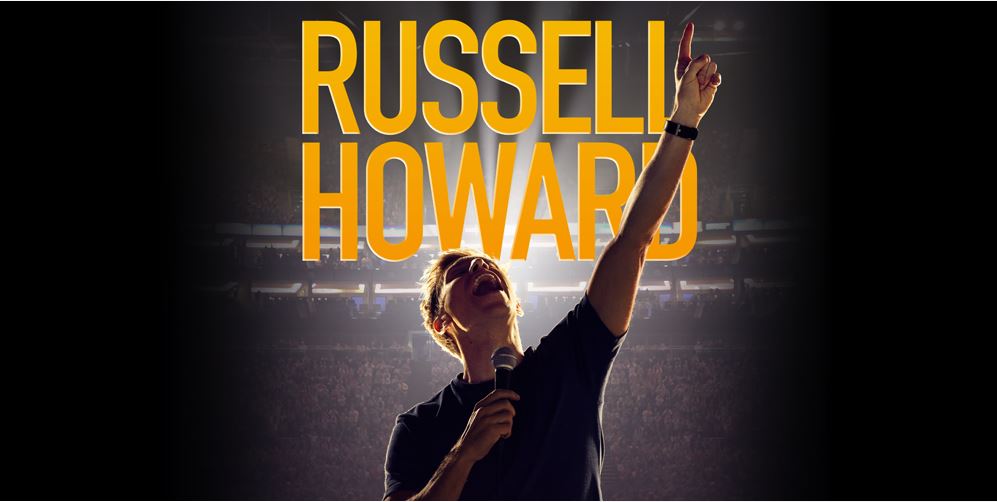 “One of the world’s top comedians” The Sunday Times

Wednesday 12th June – Russell Howard has added three extra dates at the Hammersmith Eventim Apollo on the 20th, 21st and 23rd September 2020 and six dates in his hometown at the Bristol Hippodrome from 29th June-4th July 2020 to his upcoming world tour, Respite, to meet demand for tickets.

Tickets will go on pre-sale tomorrow, 13th June, at 10am via See Tickets, and on general sale at 10am on Friday 14th June. All tour tickets are available to buy at www.russell-howard.co.uk

After the global success of Netflix special Recalibrate, two series of Sky One’s hit The Russell Howard Hour which spawned over 165 million views worldwide on social media and 2017 international record-breaking sell-out tour Round The World, Russell Howard returns to the live stage with his third and largest world tour to date, Respite. Russell begins the trip with a nationwide arena tour including two shows at The SSE Arena, Wembley in autumn 2019, during which he will perform ‘in the round’ wherever possible. Breaking the record for the biggest ever stand-up show in China on his last tour, he returns to play Shanghai and Beijing in 2020. Outside of Asia, Russell will perform in Africa, North America, Europe and Australasia, visiting over 24 countries and 52 cities including: Mumbai, Dehli, Cape Town, Hong Kong, Bangkok, Kuala Lumpa, Singapore, Copenhagen, Berlin, Helsinki, Amsterdam, New York, San Francisco, Portland, Los Angeles, Montreal, Toronto, Melbourne, Sydney and Auckland.

Russell will perform two work in progress shows at the Edinburgh Festival Fringe ahead of the tour beginning. He will test new material at Heroes @ The Hive, The Big Cave at 2.20pm from the 1st-13th August and at Assembly, Studio One at 6.30pm from 31st July-13th August, with all profits to go to The Kiyan Prince Foundation. Russell interviewed Mark Prince, the founder of this charity, about dedicating his life to tackling knife crime on The Russell Howard Hour.

Russell will return to our screens offering his unique and acclaimed perspective on international news and current affairs with the third series of The Russell Howard Hour on Sky One in autumn 2019. Every episode is available to watch worldwide on Russell’s YouTube channel which has over 645,000 subscribers. The show is also broadcast simultaneously in Australia and New Zealand. Series one was the most successful new entertainment series to launch on the channel since 2010.