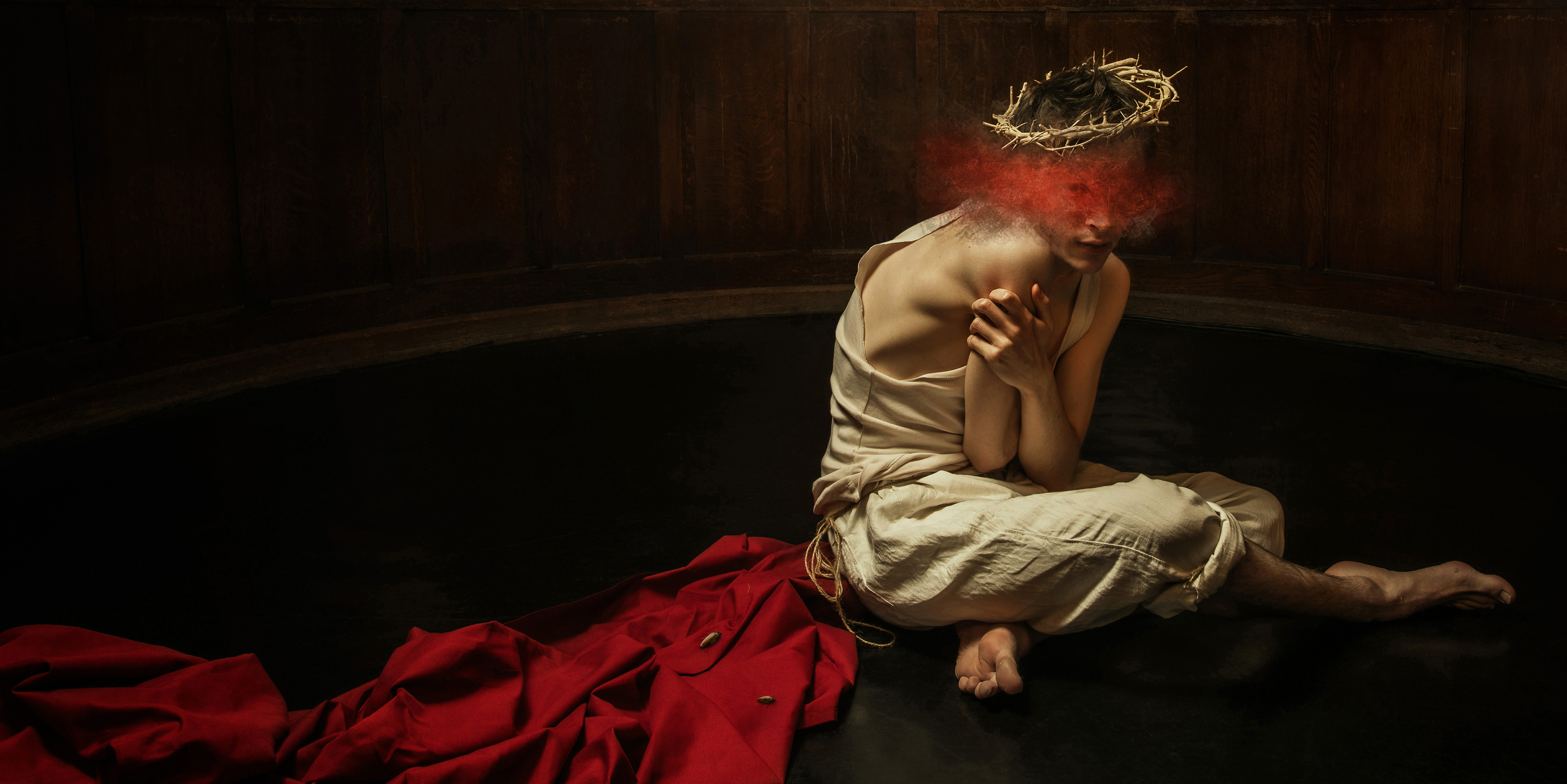 “Brian Catling is simply a genius. His writing is so extraordinary it hurts” Terry Gilliam

“These are luminous and visionary novels.” Alex Preston, The Observer

“a deeply moving human document and … stunningly performed.” ★★★★ The Guardian

“Humorous and humanising.” ★★★★ The Stage

“All said he would be remembered forever.”

From the creator of the Vorrh Trilogy, this new play charts the story of disabled street urchin Robert Kirkwood, a beggar better known as Bobby Awl who survived in the bleak gritty poverty of 19th century Edinburgh. Between Bobby’s parents giving him up at birth for being less than human, and his tragic death in 1820 from a mule kick in the groin, he was famous. All said his name would live forever, but instead it was wiped out of Scottish history.

Brian Catling says: “I first discovered Bobby in a high attic museum of the Edinburgh Phrenological Collection, where a post mortem cast of his head lived alongside the famous, the infamous, the talented and the abnormal. That is where the fascination began and I soon found of a rare chap book on his life. In 2007, I rewrote the tales of his sad and fierce life and created a solo exhibition in 2008 of small egg tempera portraits of cyclopses, with the Bobby plaster cast at the Ingleby Gallery Edinburgh. This play continues to carry the aim to re-establish the identity and humanity of one of Scotland’s lesser sons.”

Directed by Josh Roche (JMK Winner 2017), through a blend of storytelling and sculpture, Brian’s new play will unlock Bobby from forgetfulness, re-inserting Robert Kirkwood into Edinburgh’s mythology. The piece explores society’s relationship to its most marginalised members, and will be performed by an ensemble of disabled and non-disabled actors. Produced by Avalon and BBC Arts.

“One of the most original works of visionary fiction since Mervyn Peake.”

“Like the best fantasy writers Catling succeeds in creating a compelling and believable parallel dimension.”

“‘In The Vorrh we have one of the most original and stunning works of fantasy that has ever been my privilege to read.” Alan Moore

“The English language has given birth to some great works of unbounded vision and imagination, and here is another one…  a very sophisticated and subtle exploration of the decadent, the primitive and the mythical.”

“I am glad to have the book as a companion on my own dark quest.”

Further praise for Josh Roche’s My Name is Rachel Corrie at Young Vic:

“The brilliance of Josh Roche’s JMK award-winning staging is that it balances the two – honouring Corrie’s personal politics and experiences while resisting a play that wants to politicise both.”

Every year, Summerhall brings a bold and challenging programme to the Edinburgh Fringe, with exciting, brand-new shows across the full spectrum of performance arts. Its past programmes have “rewired the Fringe” (The Stage), winning multiple Fringe First and Total Theatre awards, and bringing leading theatre-makers to the Fringe.

The BBC is the biggest creator of arts content and is Britain’s creative partner – a stage for the nation to experience the very best arts; when they want, how they want.

Through Avalon Promotions the group produced Newman and Baddiel: Live at Wembley, the UK’s first arena comedy show; Jerry Springer: The Opera, the first West End show to win all four UK Best New Musical awards; and has continued to produce live shows globally, as well as promoting more winners and nominees of the prestigious Edinburgh Comedy Award than any other company.