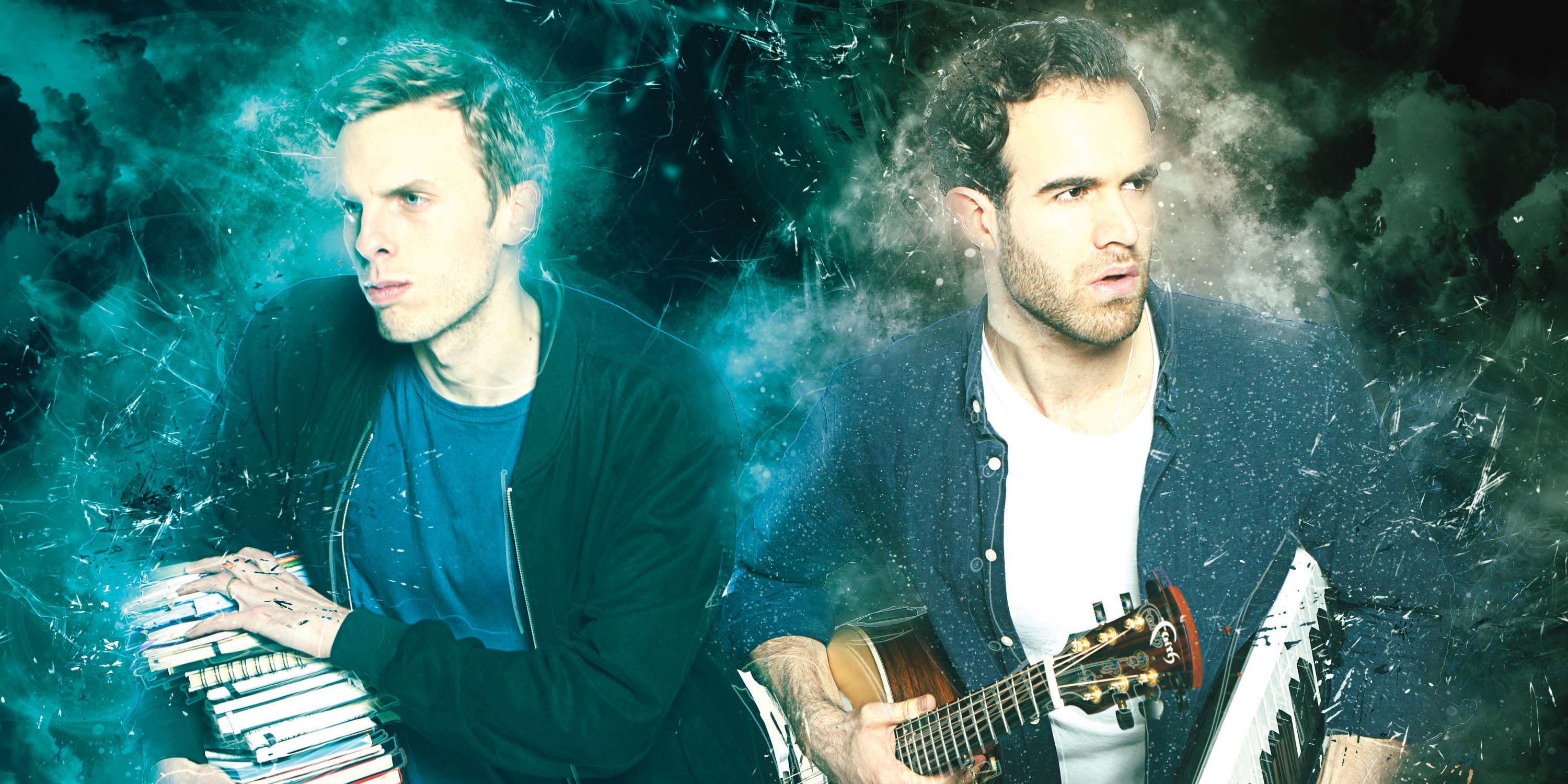 Comedy-Rap-Jazz duo and Guardian Pick of the Fringe 2018 Harry & Chris return to the festival following three sold out national tours with their latest blend of award-winning wordplay, awe-inspiring musicality, eyebrow-raising bromance and unashamed joy. Their fourth show This One’s For the Aliens will be performed at the Udderbelly, White Belly from 1st – 24th August at 6:40pm, before the pair embark on their 3rd national tour from October to December.

Together the pair have generated a devoted following with their family friendly, feel-good songs which have been featured on The Russell Howard Hour (Sky), and heard on BBC Radio 2’s Live From the Edinburgh Fringe, and BBC Radio 3’s The Verb. Having played together in various forms for over 10 years, Harry and Chris performed their debut hour at the Edinburgh Festival Fringe in 2016 which they’ve since toured across the UK, earning them a Leicester Comedy Festival Award nomination in 2016, followed by two further shows at the Edinburgh Fringe in 2017 and 2018 which performed to sold-out audiences and went on to tour the UK. The Hook created a music video for their World Cup Song which was released in June 2018, and the pair performed their first joint TedX talk ‘Finding Joy Through Comedy-Rap-Jazz’ in July 2018, which will be followed by their TEDxExeter talk due to be released this summer.

World Poetry Slam Champion, performance poet (and maths student) Harry Baker’s poem about prime numbers has been shared on TED.com and has been translated into 21 different languages with a combined viewership of over 3 million along with his other 4 TEDx talks. Harry’s blistering wordplay (★★★★★ Three Weeks) has seen him coined as ‘a champion’ by Ed Sheeran, ‘a show stealer’ by Scroobius Pip and Scott Mills described a performance on his BBC Radio 1 show as ‘the greatest thing I’ve ever seen’. Harry’s debut anthology, The Sunshine Kid was published with Burning Eye in 2014 and a subsequent show of the same name was voted Best Spoken Word show of the Edinburgh Fringe Festival 2015. Harry will be performing a solo comedy show throughout the Fringe at Underbelly, Belly Laugh ay 11:40am.

Acclaimed musician Chris Read (’Brilliant’ Evening Standard) is hailed as an ‘up-and-coming talent’ (All About Jazz) on the UK music scene and performs regularly around the country, as well as overseas at venues including the Lincoln Centre in New York and the Montreux Jazz Festival. He’s released multiple EPs and a full-length jazz album, and is currently composing and songwriting for a television musical (to be announced). Chris will be performing a musical comedy solo show through the Fringe at Fingers’ Piano Bar on the Free Fringe at 2pm.

WHAT THE PRESS HAS SAID ABOUT HARRY & CHRIS:

[Harry Baker’s] intricate, quick-fire rhymes have always been on the impressive side of mind-blowing, but in a new and unexpected departure, he’s teamed up with the honey-toned singer and jazz guitarist Chris to create a bewitching new sound The Scotsman

Their work will leave you heart-warmed and encouraged ★★★★ Three Weeks