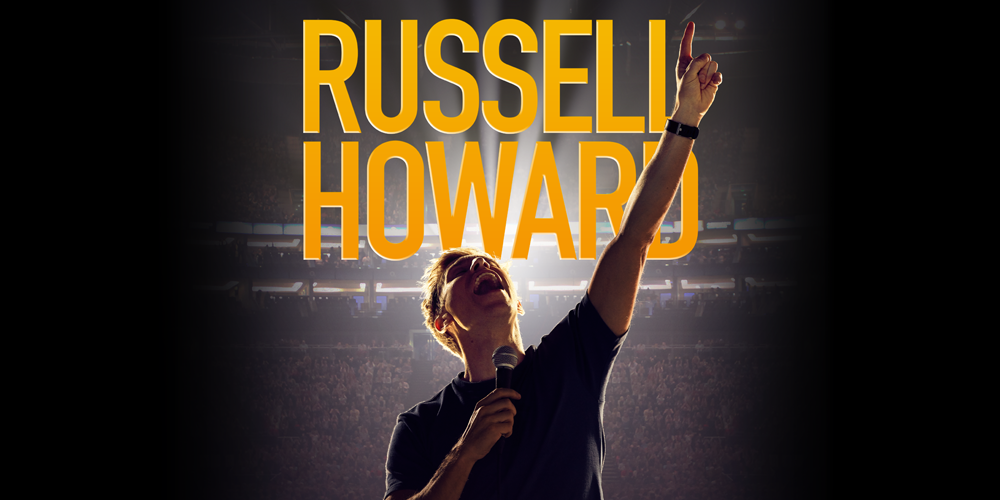 15th February 2019 – Russell Howard has added a second date at the Arena Birmingham on the 18th September and a third matinee performance at the Bournemouth International Centre on the 29th September to his upcoming Respite world tour to meet demand for tickets. The news arrives as multiple UK arena dates have sold out and others are reaching capacity, with extra tickets being released ahead of international dates going on-sale in March.

The new Arena Birmingham show goes on-sale today at 12pm. All tour tickets are available to buy at www.russell-howard.co.uk

After the global success of Netflix special Recalibrate, Sky One’s hit The Russell Howard Hour which spawned over 109 million views worldwide on social media and 2017 international record-breaking sell-out tour Round The World, Russell Howard returns to the live stage with his third and largest world tour to date, Respite. Russell begins the trip with a nationwide arena tour including two shows at The SSE Arena, Wembley in autumn 2019, during which he will perform ‘in the round’ wherever possible. Breaking the record for the biggest ever stand-up show in China on his last tour, he returns to play Shanghai and Beijing in 2020. Outside of Asia, Russell will perform in Africa, North America, Europe and Australasia, visiting over 24 countries and 51 cities including: Mumbai, Dehli, Cape Town, Hong Kong, Bangkok, Kuala Lumpa, Singapore, Copenhagen, Berlin, Helsinki, Amsterdam, New York, San Francisco, Portland, Los Angeles, Montreal, Toronto, Melbourne, Sydney and Auckland.

Russell is currently offering his unique and acclaimed perspective on international news and current affairs with the second series of The Russell Howard Hour on Sky One. Every episode is available to watch worldwide on Russell’s YouTube channel which has over 645,000 subscribers. The show is also broadcast simultaneously in Australia and New Zealand. Series one was the most successful new entertainment series to launch on the channel since 2010 and had over 109 million global views across social media. A further series three and four has been commissioned, and the third fourteen part-series (14×60)’ will go in to production in autumn 2019.