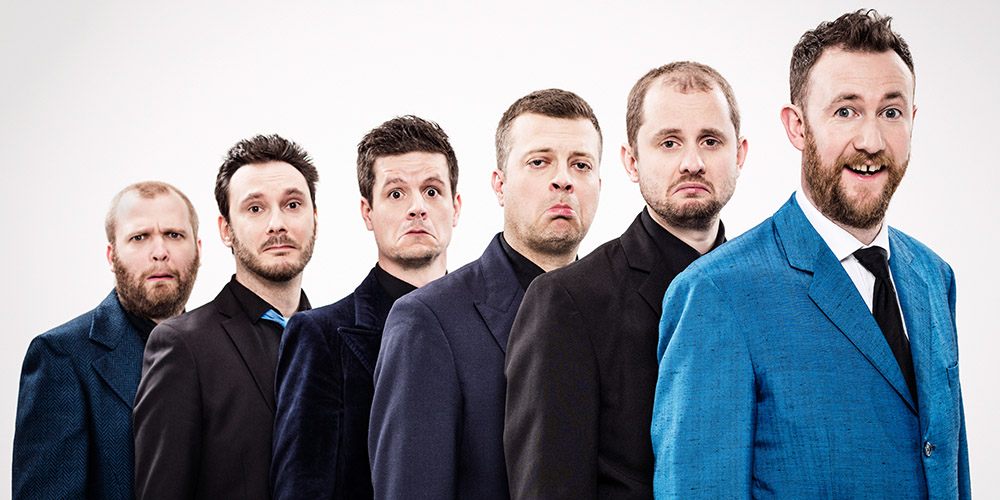 The six-headed comedy band The Horne Section are set to embark on their first ever national tour with their latest show That’s How I Like My Tour, bringing their raucous comedy shindig across the UK on a 36-date tour from 4th February to 5th December. Tickets can be found at thehornesection.com.

The band’s TV credits include regular appearances in Dictionary Corner on 8 Out of 10 Cats Does Countdown (Channel 4), The Royal Variety Performance 2018 (ITV), Last Leg Christmas Special (Channel 4), as well as the 2 hour special The Horne Section Television Programme on UKTV’s Dave. Filmed at the London Palladium in front of a sold out live audience, the variety show featured guest appearances from Sue Perkins, Sara Pascoe, Joe Wilkinson, and Girls Aloud’s Nadine Coyle.

Acclaimed comedian Alex Horne is the unmusical band leader at the helm of The Horne Section. Alex is the creator and co-host of the Broadcast Award winning and International Emmy, BAFTA, Royal Television Society, & Broadcasting Press Guild nominated show Taskmaster which returns for its eighth series later this year on Dave and is the most watched original UKTV commission. An international hit, Taskmaster’s format has been sold to several other countries developing their own versions including Comedy Central in the U.S. (starring Reggie Watts as the Taskmaster), TV 2 in Denmark, VTM in Belgium, TVE in Spain, and two series on Sweden’s SVT channel. Alex is an Edinburgh Fringe veteran taking nine solo shows to the festival and earning an Edinburgh Comedy Award nomination in 2014 following a Best Newcomer Award nomination in 2003.