CHRIS RAMSEY LIVE 2018: THE JUST HAPPY TO GET OUT OF THE HOUSE TOUR TO AIR ON COMEDY CENTRAL 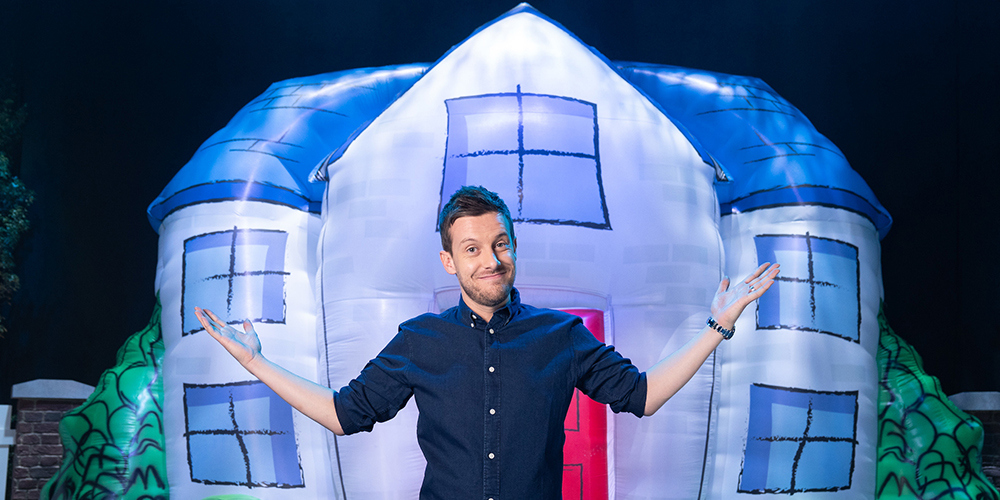 Critically acclaimed stand-up comedian Chris Ramsey’s sell out 106 date nationwide tour Chris Ramsey Live 2018: The Just Happy To Get Out Of The House Tour, which was filmed in front of a very special homecoming crowd of 6500 fans at Newcastle’s Metro Radio Arena at the end of last year, will air on Comedy Central on Saturday 2nd February at 10pm. Following his first ever headline show at the venue in 2017, this is Chris’ first proper Arena show filmed as a stand-up special.

The show encompasses some of the best advice ever to be recorded in the history of the world (hopefully), as Chris sets out some of the rules of modern existence for his infant son.  Expect the slow slow pain of death, the slow slow pain of slow cookers, and how to laugh in the face of soul crushing darkness as Chris tries to navigate the rights and wrongs, dos, don’ts and definitely don’ts of life.

Chris declared, “When I started in stand-up comedy I never thought I’d even get the chance to consider doing an arena, let alone have it filmed for a special. It was a genuine joy and honour and without a doubt the best gig I have ever had in my entire life. It’s all downhill from here! I’m just glad it has been filmed so I’ve got something to back up my drunken ramblings from the corner of the pub when I’m 80”

Away from the live stage, Chris has appeared on TV hosting The Chris Ramsey Show, and Stand Up Central (Comedy Central) I’m a Celebrity: Extra Camp (ITV2) and Virtually Famous (E4), as well as performing on the Royal Variety Performance (ITV), Live at the Apollo (BBC1) and as a regular on Celebrity Juice (ITV2).  He also starred as Jack in two series of critically-acclaimed sitcom Hebburn (BBC2), co-starring Vic Reeves and more recently alongside his wife Rosie on Married to a Celebrity and Parenting for Idiots (Channel 4).  Chris has over 400,000 followers on Twitter.

Chris Ramsey Live 2018: The Just Happy To Get Out Of The House Tour airs Saturday 2nd February at 10pm on Comedy Central