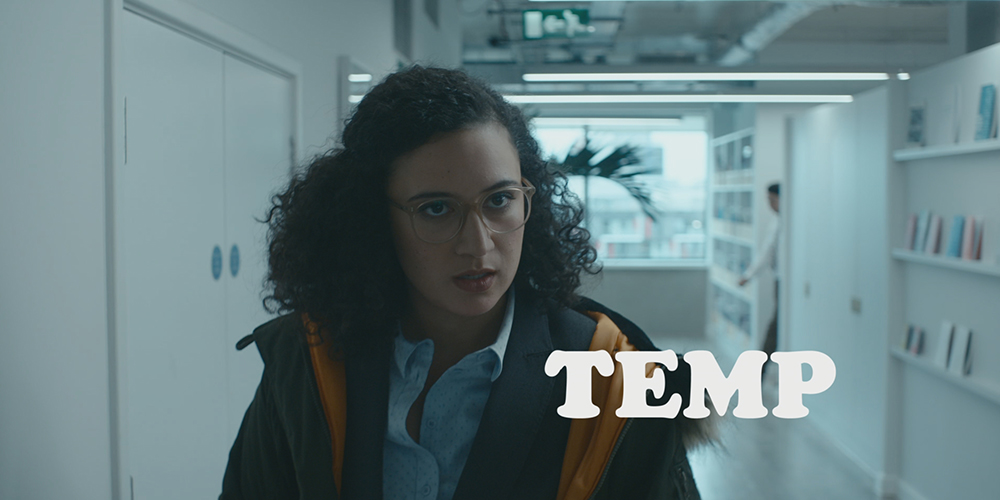 Rose Matafeo said: “It was a thrill to convince such a talented group of comedians to help play out an offbeat fantasy of temp life in these Blaps. Hopefully these little vignette-ish glimpses into the high drama of low stakes office life make some of you laugh.”

This news marks Rose’s writing debut with the network and forms the latest installment in the iconic Comedy Blaps series which has provided the birthplace for hit shows such as Chewing Gum, GameFace, High & Dry, and Stath Lets Flats.

Rose Matafeo is going to be huge
★★★★ Alice Jones, The I

It’s another effervescent comedy from this star in the making
★★★★ Brian Logan, Guardian

This Kiwi livewire has been on the cusp of breaking through in the UK for a couple of years and Horndog feels like her moment
★★★★ Bruce Dessau, Evening Standard

The 26-year-old Kiwi’s comedy resonates, her charisma is undeniable
★★★★ Craig Angus, The List

Such positivity and exuberance mixed with real smarts and stand-up chops are a rare treat indeed
★★★★ Tony Makos, The Skinny

The Rose Matafeo bandwagon is about to leave: I recommend you take a seat…See this winning 26-year-old this year and you’ll have bragging rights to hold over your friends in a few years’ time when she’s jumped to bigger venues
★★★★ Herald Sun

A wonderful comic at the top of her game
★★★★ Daisy Malt, Three Weeks

There is no way you can go to a Rose Matafeo show and not have fun
★★★★ Kate Stone, Funny Women

For more information and press tickets, please contact: Florrie Sheehan at fsheehan@avalonuk.com or 0207 598 7222