FOR ONE NIGHT ONLY AT THE LONDON COLISEUM, HOME OF ENGLISH NATIONAL OPERA, DRAG SUPERSTAR JONNY WOO PRESENTS HIS ‘ALL STAR BREXIT CABARET’ 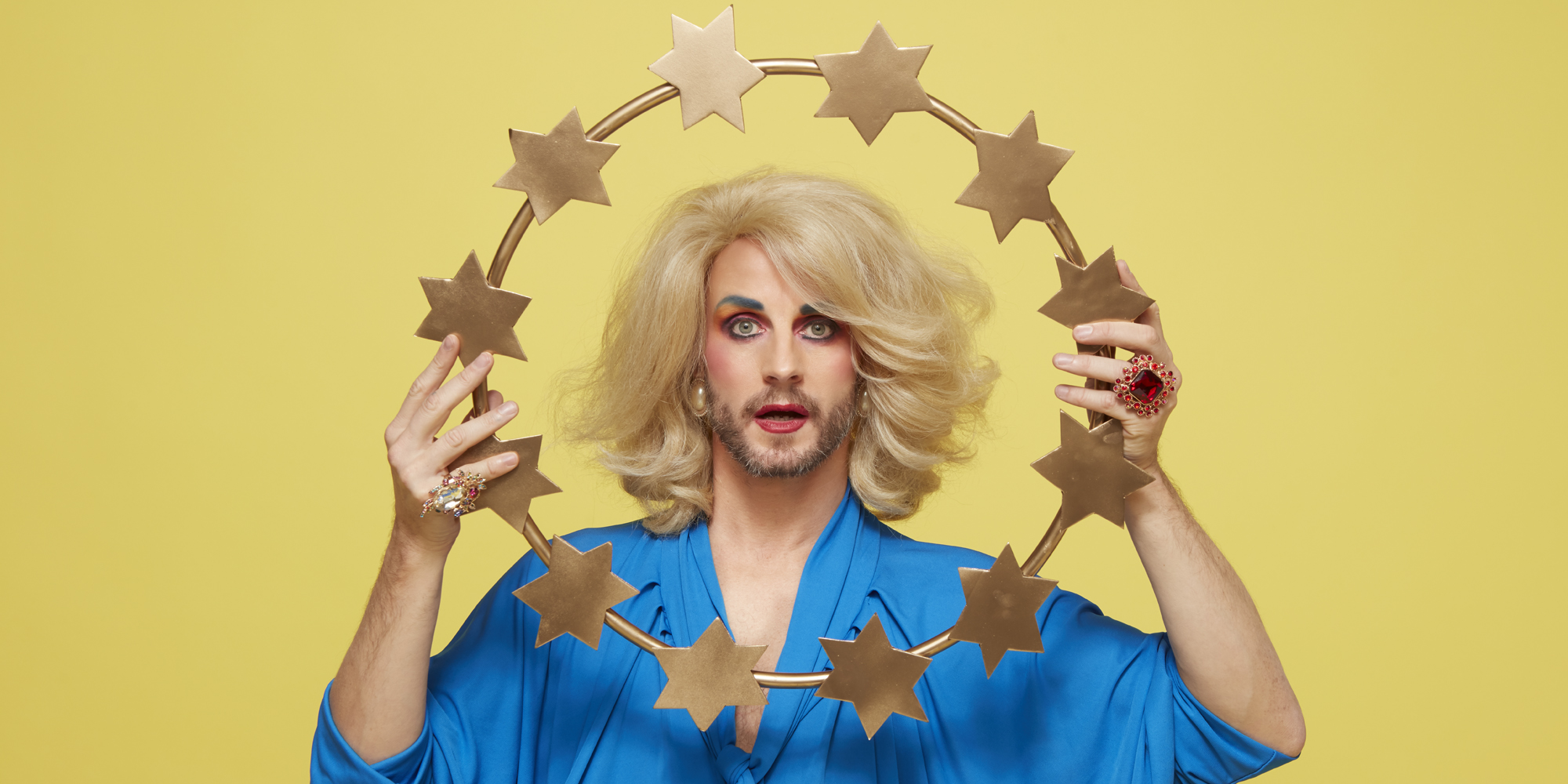 A stroke of genius ★★★★ Paul Vale, The Stage
Magnificent ★★★★ Tim Cornwell, The Scotsman
If only all Brexit debates were as fabulous as this Alice Jones, The I

Ripped straight from the headlines and ditching boring statistics and political rhetoric, the uproarious satire will lampoon the referendum of 2016 and the ensuing furore of Brexit with an unforgettable score of original songs. Featuring a star-studded cast of top cabaret talent, including Jayde Adams as Boris Johnson, Le Gateau Chocolat as Nigel Farage, and Sooz Kempner as David Cameron, Diane Chorley as Angela Merkel with more acts to be announced.

The London Coliseum, more usually home of English National Opera will be taken over by the riotous party atmosphere that surrounds Jonny Woo’s shows, with dressing up as the heroes and villains of Brexit strictly encouraged. Members of his vast drag and performance network will fill the boxes of the grand venue for a raucous show celebrating both sides of the Brexit debate. Jonny Woo’s notorious Un-Royal Variety Performance premiered an excerpt of All Star Brexit Cabaret in 2016 before it went on to become a full show at 2018’s Edinburgh Festival Fringe where is was met with critical acclaim.

What The Press Said About All Star Brexit Cabaret:

This show certainly gives a bit of sparkle to a grim subject ★★★★ Natalie O’Donoghue, Broadway World

About Jonny Woo:
The ‘king and queen’ of London’s alternative scene Jonny Woo hosts, curates, and directs the annual Un-Royal Variety cabaret showcase, which has enjoyed sell-out audiences at The Hackney Empire and premiered an excerpt of All Star Brexit Cabaret in 2016 before it went on to become a full show at 2018’s Edinburgh Festival Fringe where is was met with critical acclaim. Often decked out in his finest drag regalia, Jonny has had residencies at Soho Theatre and ICA, and commissions events with The National Theatre and The Royal Opera House. Firmly placed at the heart of London’s counter culture, Jonny draws upon his vast network of performers to create spectacles at major festivals including Glastonbury, Latitude and Lovebox. His pub The Glory has become the focal point of London’s queer cultural underground making him a leading spokesperson for offbeat culture including on BBC Radio 4’s How To Be Bohemian.

About Richard Thomas:
Richard Thomas is an Olivier and Rose D’Or winning composer and writer and is best known for writing and composing Jerry Springer: The Opera, which was the first-ever musical to win all four British ‘Best Musical’ awards. The show ran for 609 performances in London (National Theatre, Cambridge Theatre) and a UK national tour and continues to be performed regularly around the world including notable productions off-Broadway, and at Carnegie Hall, and the Sydney Opera House, Australia. Other notable credits include the libretto for hit opera Anna Nicole (Royal Opera House/BAM New York), the lyrics to Made in Dagenham (Adelphi West End), songs for Tracey Ullman’s recent sketch shows (BBC1 and HBO), Shoes (Sadler’s Wells/West End) and five half hour BBC2 Musicals, “Kombat Opera Presents..”.

About Avalon:
Avalon is a multi-award winning talent management, live promotion and television production group with offices in the UK and the USA. Avalon and ARG, the talent management arm, has discovered and represents many artists that are household names, both in the UK, the USA, and around the world.