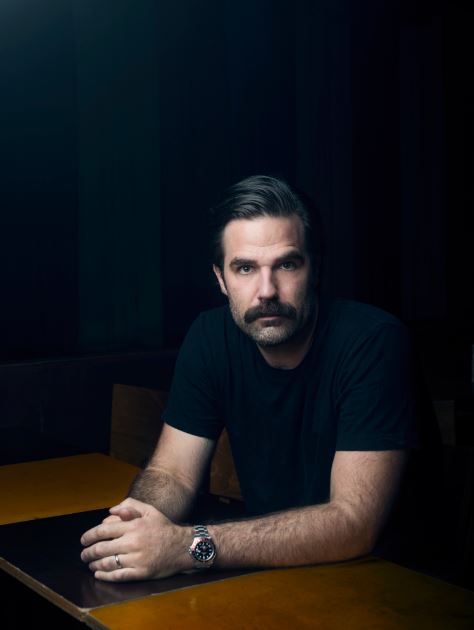 Comedy Central UK has today announced that it has re-commissioned Stand Up Central for a fourth series and has revealed that stand-up comedian, writer and actor Rob Delaney will host the new series.

The brand new 8 x 30-minute series, produced by Avalon, will begin filming in May at The Electric Ballroom in Camden. Each episode will feature stand-up from Rob Delaney, star of the international hit TV series Catastrophe, before he welcomes two guest comedians on stage to perform in front of a live audience. Previous series have included performances from some of the most exciting and vibrant names in comedy, such as Katherine Ryan, Al Murray, Russell Howard, Isy Suttie, James Acaster, Bridget Christie, Desiree Birch, Nish Kumar, Ellie Taylor, Jimmy Carr, Roisin Conaty, Lee Nelson, Sara Pascoe, and Chris Ramsey. The fourth series of the top-rating show will air later this year on Comedy Central UK.

Louise Holmes, General Manager, Comedy Central UK commented: “Rob has outstanding stand-up credentials and we are delighted to be home to his uniquely cool and charismatic brand of comedy. I’m thrilled to have him take the reins of the new series which promises to bring the very best stand-up to our comedy hungry audience.”

Rob Delaney said “I’m excited to be hosting a series for Comedy Central that will showcase a slew of great standups and is also walking distance from my house.”

Rob Aslett, Executive Producer at Avalon, added: “We’re delighted to be working with Comedy Central to bring more of the most exciting stand-ups out there to the channel and incredibly pleased to have the exceptionally talented Rob Delaney on board to host it.”

The three previous series of Stand Up Central, first hosted by Russell Howard and then by Chris Ramsey, delivered strong ratings for the channel. First launching in 2015, the show has reached 7.3 million Individuals across Comedy Central and Comedy Central Extra.

The announcement is part of Comedy Central UK’s ongoing push to diversify its British comedy offering and increase the volume of non-scripted comedy it broadcasts. Most recently, Comedy Central aired its most successful commission to date, Roast Battle, has commissioned Talkback to produce a third and fourth series of noughties gameshow, Your Face or Mine and is currently airing the channel’s first ever topical chat show, The Chris Ramsey Show, also produced by Avalon.

Comedy Central is a leading Pay TV General Entertainment channel and is part of Viacom International Media Networks (VIMN). A joint venture between VIMN (75%) and BSkyB (25%), Comedy Central airs on the Sky and Virgin Media platforms. Comedy Central launched in the UK in April 2009 and has since grown share by a phenomenal +41%. In Fiscal 2017 (Oct 16 to Sept 17). The Comedy Central Group averaged a share of 2.20%, up +8% YoY and proved the highest year ever for share.

The channel broadcasts a mix of hit US acquisitions and original UK productions targeting a 16-34 year-old audience. Fiscal 2017 saw the Comedy Central Group deliver its highest share ever, which saw the main Comedy Central channel’s share up +10% and Comedy Central Extra up +3%

This phenomenal growth is fueled by new UK Commissions Your Face or Mine, Roast Battle (which has proved to be the highest UK commission ever for the channel), Russell Howard and Mum: USA Road Trip, Drunk History and The Chris Ramsey Show. US titles Impractical Jokers, Bob’s Burgers and The Middle also continue to draw in massive numbers and popular nostalgic titles such as Friends and 8 Simple Rules are still a ratings hit.

Avalon and ARG, the talent management arm has discovered and represents many artists which are household names, both in the UK, the USA, and around the world.

Avalon and Topical Television form the television arm of the company and other shows recently in production include: Taskmaster USA (Comedy Central), Man Down (C4), Dave Gorman’s Modern Life is Goodish (Dave/UKTV), The Chris Ramsey Show (Comedy Central), and The Button (BBC One); whilst the catalogue is sold worldwide by Avalon Distribution.