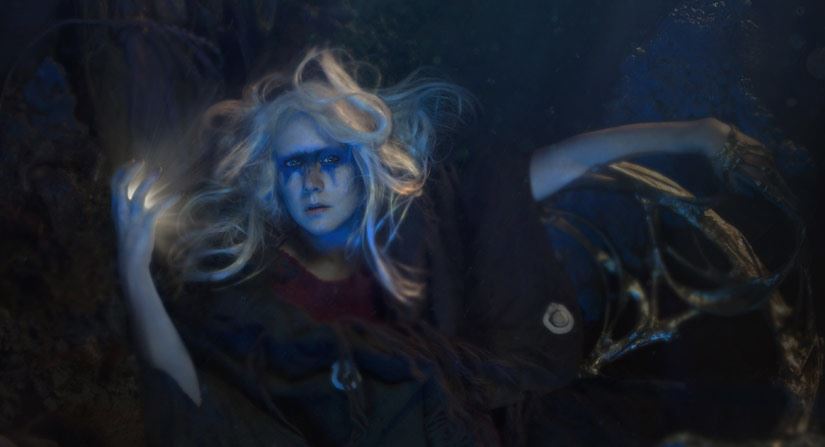 Who do we become after trauma? How do we turn pain into power? How do we fly instead of drown?

In 2016 Bryony nearly drowned.  Postnatal breakdowns, an imploding relationship and a very sick child left her sitting beneath the waves hoping she could slowly turn to shell. When Battersea Arts Centre invited her to create a new work for the previously burnt down Grand Hall, she felt an affinity with that building, for her own life had also burnt to the ground that year. I’m a Phoenix, Bitch is an ambitious, multimedia, mid-scale, solo theatre work about putting yourself back together after trauma. The show seeks to create a new myth of human survival for the modern world.

Bryony Kimmings is a performance artist, theatre-maker, comedian, musician and activist renowned for her outlandish “social experiments.” Previous works have seen Bryony retracing an STI to its source, spending seven days in a controlled environment in a constant state of intoxication and becoming a pop star invented by a nine year old girl.  Having spent the last few years on collaborative projects and telling other peoples’ stories, recent personal cataclysmic life events have led Bryony back to her original solo practice: the confessional, the need to give the unspeakable a voice, the need to rally for positive social change.  Bryony sets her sights on the impossible and the unconquerable, and turns stigmas, anomalies and social injustices into the year’s hottest topic:

“My shows are usually born out of me going: ‘We don’t talk about this enough, this is problematic in terms of a political or feminist narrative.’” – Bryony Kimmings

Her most recent work A Pacifists Guide to the War on Cancer was commissioned by Complicite and originally shown at The Royal National Theatre and HOME, Manchester.  The touring version of this show is currently on in Melbourne and Sydney. Bryony’s award winning work has toured across the world, including: Antifest (Finland), Culturgest (Portugal), Fusebox Festival (Texas), Southbank Centre (London), Melbourne International Comedy Festival (Australia) and Lisinski Operahouse (Croatia).

Currently in development, I’m a Phoenix, Bitch will be running at Battersea Arts Centre between 3rd and 20th of October.

I’m a Phoenix, Bitch is commissioned by Battersea Arts Centre, Arts Centre Melbourne and Attenborough Centre for the Creative Arts and supported by Latitude Festival and in association with Avalon Promotions.  Research and development was funded by Arts Council England.