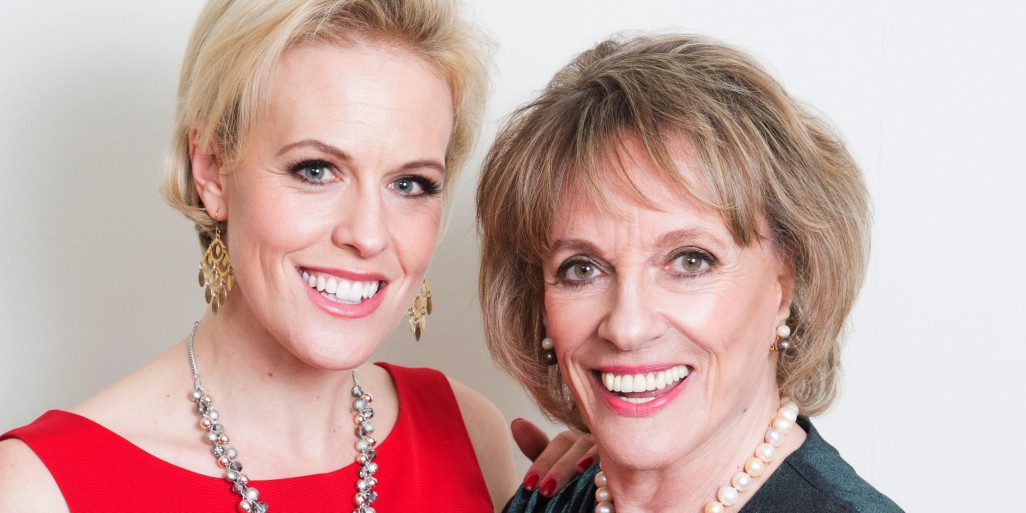 To celebrate her fiftieth year in broadcasting, award-winning broadcasting legend, philanthropist and campaigner, Dame Esther Rantzen announces her debut live UK tour which will see her and her daughter, the presenter and journalist Rebecca Wilcox, play to venues across the country in 2018, culminating in a one-off date at London’s Leicester Square Theatre, with That’s Life.

During the 13-date nationwide tour, between 21st January and 4th November, Esther and Rebecca will take a look back at their illustrious careers as well as offering up a candid insight into their family and personal life.  With Rebecca asking the all-important impertinent questions, the tour gives fans a rare opportunity to get up close and personal with one of the country’s national treasures as she shares a range of moving and funny anecdotes, insight into life behind the TV cameras as well as revealing some outrageous stories from her 50 years in broadcasting, including references to the lighter hearted side of That’s Life – performing pet dogs and not forgetting those unusually-shaped vegetables!

Esther is best known for her 21-year stint on iconic and acclaimed TV series That’s Life (BBC1), where she was the longest-serving presenter, hosting the magazine show between 1973  and 1994. More recently, her varied and acclaimed broadcasting career includes appearances on some of the UK’s biggest TV shows from Who Do You Think You Are?, Piers Morgan’s Life Stories, I’m a Celebrity, Get Me Out of Here! and Strictly Come Dancing to BBC1 consumer series Old Dogs, Grumpy Old Women, New Tricks and Would Like To Meet.  Esther’s tireless campaigning and charity work is legendary and has transformed countless lives – in 1986 she founded ChildLine, the first national helpline for children in danger or distress and in 2013 she set up the charity The Silver Line to help combat isolation and loneliness in older people.   Esther’s extensive charitable work and remarkable career has been recognised with a number of accolades including an OBE for services to broadcasting, a CBE for services to children and a DBE for services both to children and older people.

Rebecca Wilcox began her television career as an investigative undercover reporter on Conning The Conmen (BBC3). She is a regular reporter on Watchdog (BBC1) and a well-known consumer journalist who presented shows such as Your Money Their Tricks (BBC1) with Sian Williams and Nicky Campbell. Rebecca has co-presented the undercover restaurant expose series Dishing The Dirt (ITV) with chef Phil Vickery. Other TV appearances include My Life As An Animal (BBC3) with Terry Nutkins, the beauty segments on How To Look Good Naked (Channel 4), a biography on the British F1 superstar Lewis Hamilton: Billion Dollar Man (BBC Three and BBC One) and the consumer expert for This Morning (ITV).

Tickets are on general sale now.