STAY IN THIS XMAS AND WATCH NOT GOING OUT 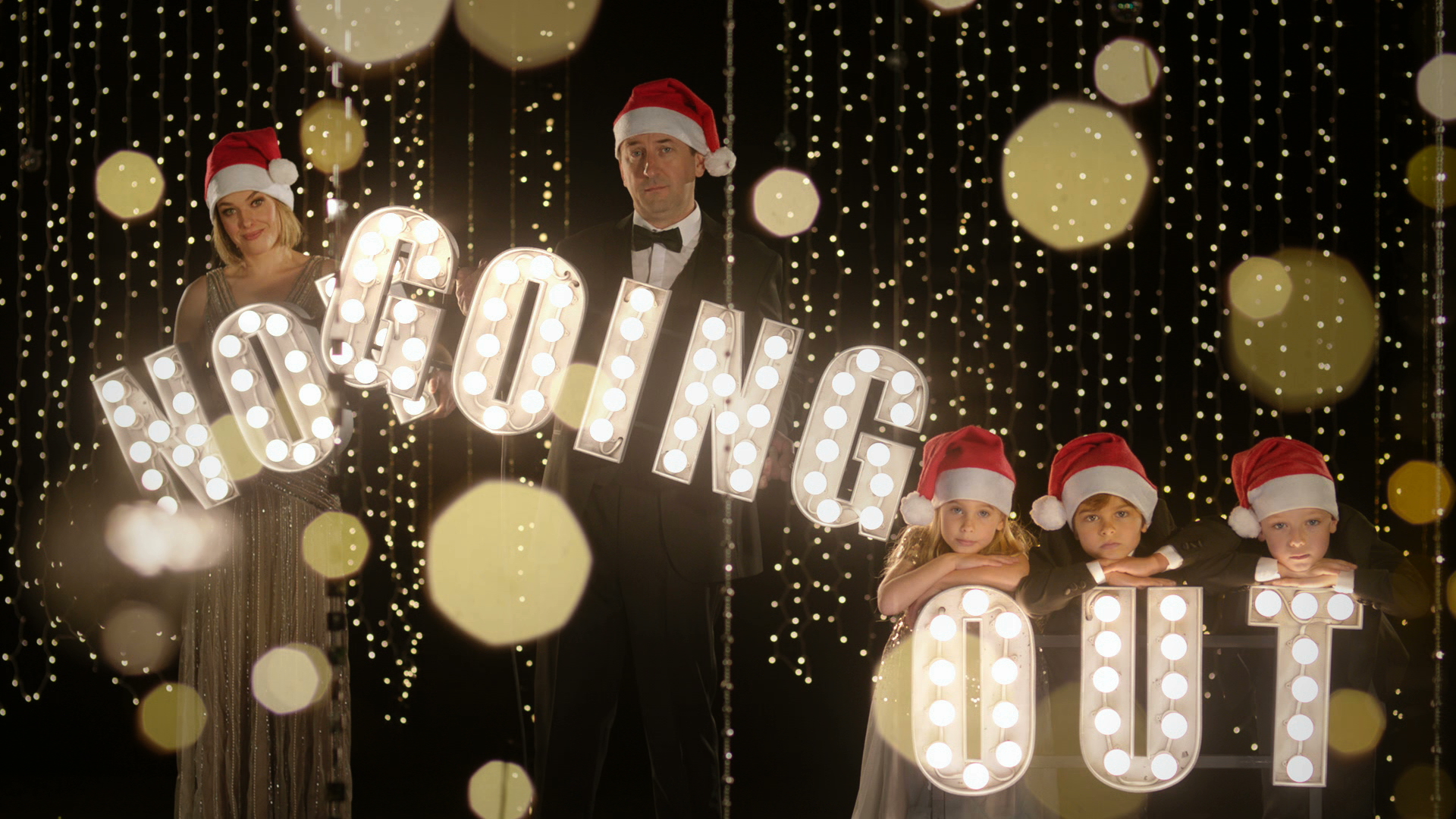 “excellent sitcom… Clever, relatable and joke-packed as ever”

The BBC’s longest running and multi-award winning primetime sitcom Not Going Out, starring the British Comedy Award and BAFTA-winning comedian Lee Mack, returns to our screens this festive season for a much anticipated Christmas special.

Viewers last saw Lee (Lee Mack) and Lucy (Sally Bretton) showcase their chaotic parenting skills as they tackled the challenges of raising seven year old Charlie, five year old twins Benji and Molly, AND keep the romance alive in their marriage.  Now it’s Christmas Eve, and Lee and Lucy face a possible yuletide disaster when they discover the perfect present they have bought for their children has already been gifted to them by their grandparents Geoffrey (Geoffrey Whitehead) and Wendy (Deborah Grant). Lee is forced to rush out at the last minute in search of a suitable substitute. But, with all the local shops closing their doors for the festive period, the race is on for Lee to avoid the ultimate parenting fail on Christmas morning and disappoint his three excited children.  With Lee’s lovably feckless father Frank (Bobby Ball) and uptight neighbours Toby (Hugh Dennis) and Anna (Abigail Cruttenden) dropping in to join in the madness and mayhem, it’s guaranteed to be a family Christmas to remember.

“An inspired reboot… The set up/gag rhythms are as slick as ever – a drum machine of good jokes, double entendres and mishearings.”

“The jokes come as thick and fast as ever”

“The writing is as sharp as ever, with genuinely laugh-out-loud jokes” ★★★★

“in a heartbeat, the comedy about layabout Lee and his will-they won’t-they relationship with flatmate Lucy has morphed into a family sitcom…  and the result is a delightfully gag-filled return to form.”

Avalon and ARG, the talent management arm has discovered and represents many artists which are household names, both in the UK, the USA, and around the world.

Avalon and Topical Television form the television arm of the company and other shows currently in production include: The Button (BBC One), Taskmaster USA (Comedy Central), The Russell Howard Hour (Sky One), Man Down (C4), Dave Gorman’s Modern Life is Goodish (Dave/UKTV), The Chris Ramsey Show (Comedy Central), and Stand Up Central with Chris Ramsey (Comedy Central); whilst the catalogue is sold worldwide by Avalon Distribution.