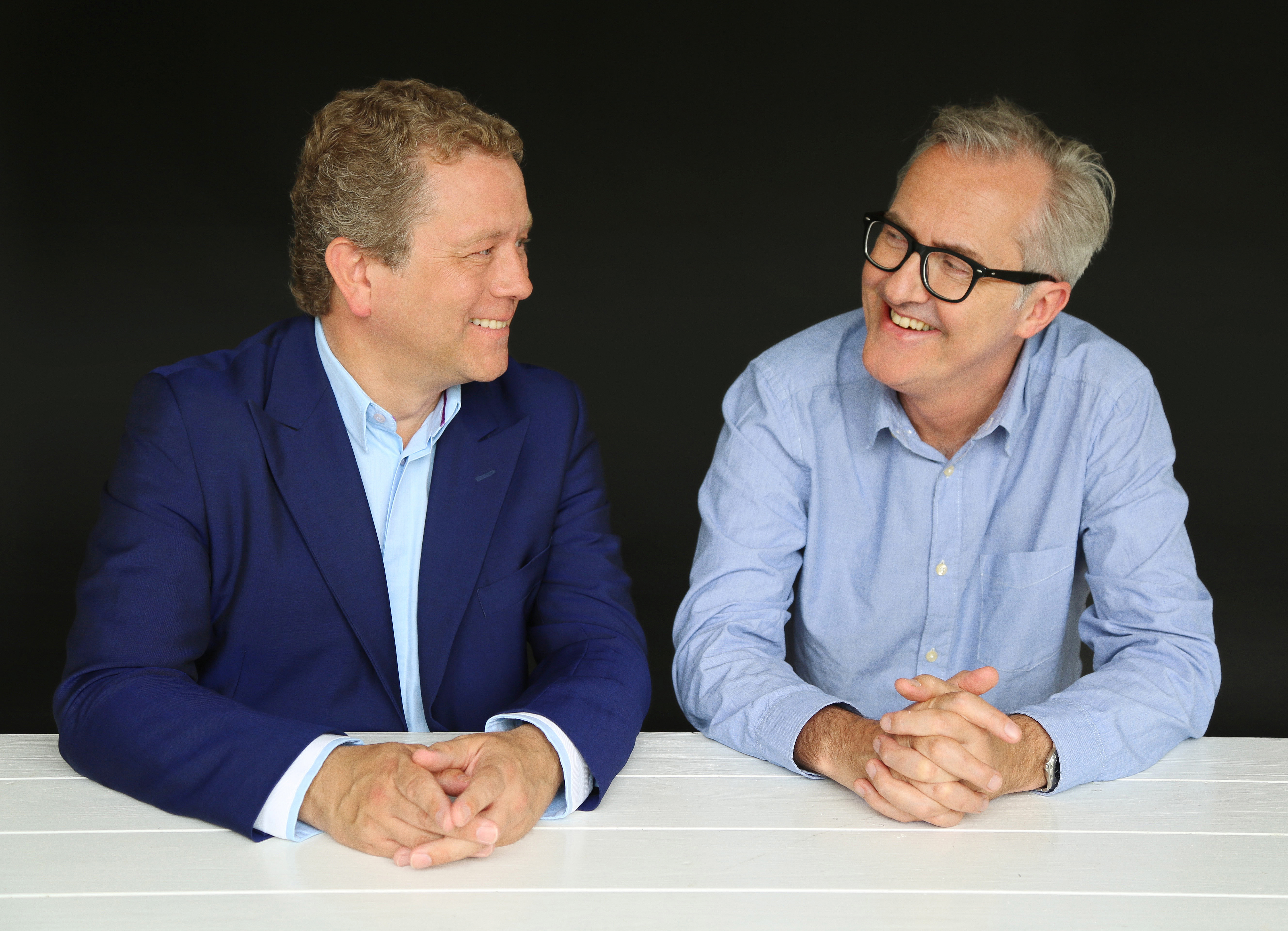 It was announced today (Tuesday 20th June) that comedian and impressionist Jon Culshaw and legendary comedy producer Bill Dare will bring their much anticipated tour to the stage this autumn. The Great British Take Off follows a successful sell out preview run earlier in the year.

This 14-date UK tour takes off from 2nd September to 30th November, and sees Jon and Bill perform an evening of unscripted, unrehearsed, spontaneous comedy and conversation as politicians, sports personalities and celebrities old and new are all up for a roasting.  The audience help choose which characters appear and what direction the show takes.   Jon reveals the secrets of mimicry, and shares stories of some of the fascinating characters that coloured his childhood in Lancashire and his early career.  Together with Bill he reveals some of the mayhem of life behind the scenes in television and on the celebrity circuit.

Jon Culshaw has established himself as one of Britain’s best impressionists with an unmatched versatility and a catalogue of over 350 voices and impersonations including; Jeremy Corbyn, Boris Johnson, Donald Trump, Alan Carr, John Bishop, Michael McIntyre, Sean Spicer, Andy Murray, Michael Gove and Professor Brian Cox to name a few.  A busy year for Jon has seen the return of the hugely successful radio comedy Dead Ringers (BBC Radio 4) as well as a brand new series of impressionist show Newzoids (ITV).  Other recent appearances include Frank Skinner on Demand With…  (BBC iPlayer) and The Cars That Made Britain (Channel 5).  Further TV credits include Spitting Image, The Impressionable Jon Culshaw, 2DTV, Head Cases for ITV, and Jon Culshaw’s Commercial Breakdown (BBC1) and The Impressions Show alongside Debra Stephenson on BBC1.   Jon is also a regular guest on current affairs programmes including The Now Show and Secret World (BBC Radio 4).

Bill Dare is an English author and creator/producer of radio and television comedy programmes for the BBC including:  The Mary Whitehouse Experience, Dead Ringers, The Now Show, The Late Edition, I’ve Never Seen Star Wars and The Secret World, and Brian Gulliver’s Travels.  He was also the producer of eight series of ITV‘s Spitting Image. His first two stage plays, Touch and Misconception were both performed at the Edinburgh Fringe.

Tickets are on general sale now.

Through Avalon Promotions the group produced Newman and Baddiel: Live at Wembley, the UK’s first arena comedy show; Jerry Springer: The Opera, the first West End show to win all four UK ‘Best New Musical’ awards; and has continued to produce live shows globally, as well as promoting more winners and nominees of the prestigious Edinburgh Comedy Award than any other company.