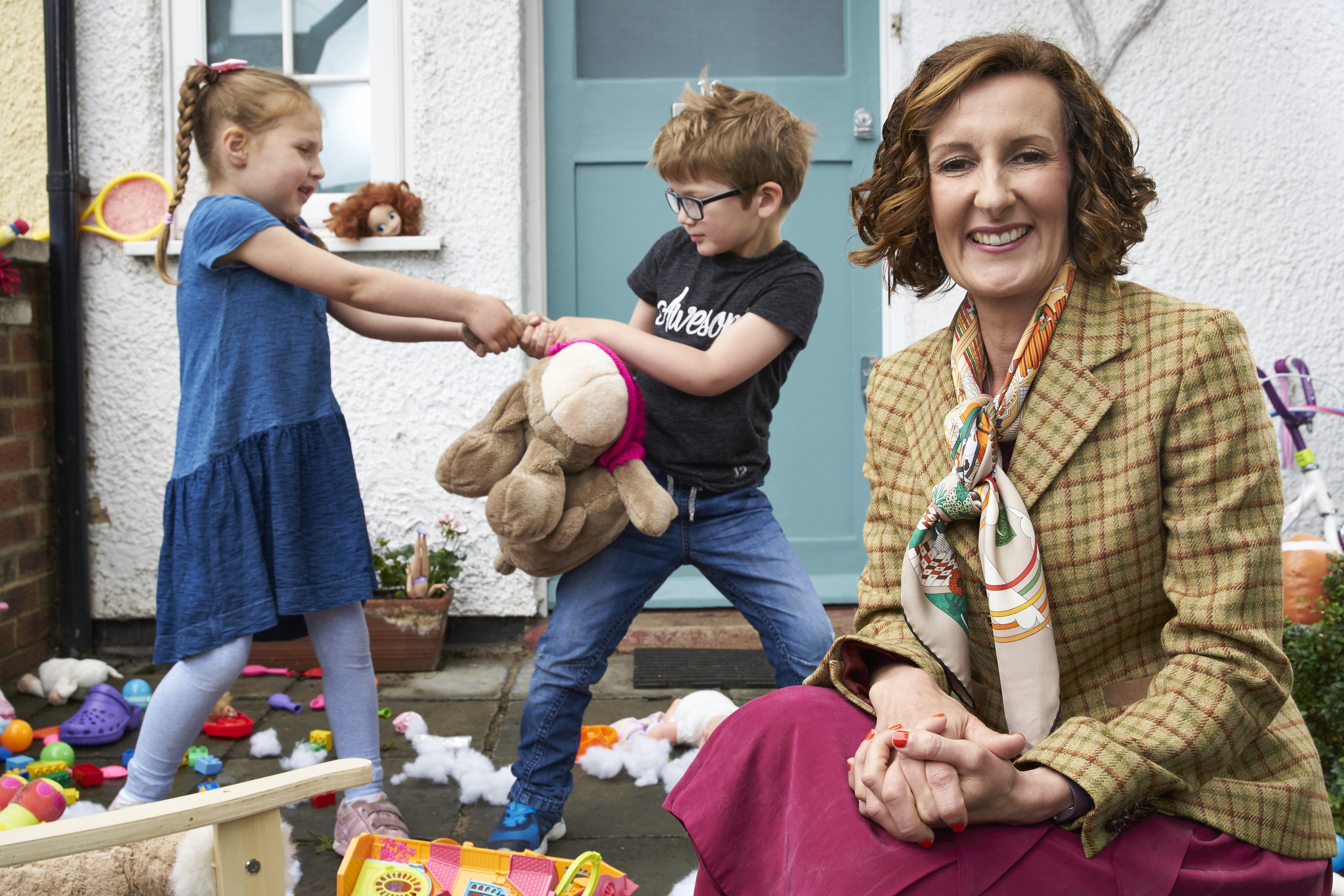 Kids running riot, family relationships in crisis, life spiralling out of control… it’s time for professional nanny and family expert KATHRYN MEWES to step in and work miracles with her instant and impactful 72-hour action plan, when hit show The Three Day Nanny returns to Channel 4.

Nothing prepares mums and dads for the pressures of parenthood and the everyday hurdles their offspring throw at them – the constant self-doubting. What am I doing wrong? Am I failing as a parent?  But now with her own personal experience and her proven three day intervention, KATHRYN comes to the aid of six desperate families at the end of their tether, with their children’s extreme behavioural problems and their own relationships at breaking point.  KATHRYN arrives fully armed with her unique methods and extensive knowledge acquired over the last 20 years, promising to transform the lives of these troublesome children and their long-suffering parents, all in just three days.

In this new series, KATHRYN is faced with some of her toughest challenges yet: a stay at home dad struggling with two boys aged two and three who won’t stop fighting, whilst their mum struggles to spend more than 10 minutes alone with them; a single mum of four under the age of three trying to control her children and get out the house with them, coupled with the constant demands to be carried; three children whose relentless fighting, biting and name calling are tearing the family apart; tantrums that can last a full day; the extreme attention seeking two year old who is constantly banging his head in protest and trying to get his parents to react; and fighting brothers at war with mum and dad whose own childhood experiences have left them with little idea how to cope. The pressure then mounts as KATHRYN withdraws to observe how and if the parents have put her advice into action and whether they can cope without her by their side.  But whatever problems KATHRYN is faced with, and her solutions might be seen as unconventional by some, they are always effective and work with immediate impact.

Watch a clip from Series 2 below.

What the press said about The Three Day Nanny

“As there is no such thing as the perfect parent, programmes of this sort can only be helpful.”

I’m not just watching, I’m taking notes, because a lot of this applies to my family.”
Sam Wollaston, The Guardian

Impossible? Not for Kathryn Mewes, who shows how it’s done in her inspiring TV series”